Westmont Magazine The Power of Praying Together 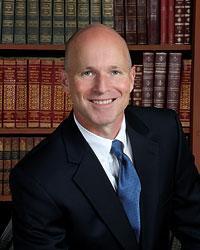 Why do fewer churches hold weekly prayer meetings these days? James Banks ’84 thinks Christians find praying aloud awkward and tedious because they’re out of practice. He hopes his book, “The Lost Art of Praying Together” (Discovery House, 2009), will inspire believers to recover the rich tradition of collective prayer. “A generation ago, Christians had a passion for prayer rarely seen today,” he says.

While earning a doctor of ministry degree at Gordon Conwell Seminary, James studied revival and reform in American church history. He traveled to sites where Dwight Moody, Jonathan Edwards, and John and Charles Wesley preached. “It was wonderful to visit these places and pray for revival again,” he says. “The impetus for the book came from reading about the lives of these men and seeing how prayer has always preceded revival.

“There is something about united prayer that God uniquely blesses,” James says. “The promise of Jesus’ presence is an encouraging aspect of this kind of prayer, if we learn to look for it. The important thing is to create the right environment for prayer and not be legalistic about it. There are so many ways to pray together.” The appendices of his book include practical applications and resources for holding effective prayer meetings.

James thinks contemporary churches have moved away from the example Jesus set. “He prayed with complete humility and dependence on God,” James says. “Today churches are more oriented toward entertainment. We focus on what we make happen and not what God makes happen. We must be careful to encourage true worship, which involves giving ourselves to God, who has already given all to us.”

James majored in philosophy at Westmont. “Stan Obitts was my adviser, and he emphasized the importance of thinking for myself and questioning presuppositions,” he says. “I learned that at Westmont and began to understand myself as a product of my own time and history. Sometimes we feel superior to those who preceded us, which is one of the worst mistakes we can make.”

After graduating from Westmont, James earned a master of divinity degree at Princeton Theological Seminary and served as an associate pastor and then senior pastor for Presbyterian churches in California and Oklahoma. In 1999, he moved to Durham, N.C., and left the Presbyterian Church USA to become a church planter with the Evangelical Presbyterian Church. The founding pastor of Peace Church in Durham, he has spent eight years growing the congregation, which just built its first sanctuary.

James comes from a Westmont family. His wife, Cari Dotres Banks ’85, is a graduate, as are two siblings, Susan Banks Huff ’66 and Mark Banks ’82. James and Cari have two children in college in North Carolina.

While honoring the past, James also embraces technology. “The Lost Art of Prayer” has a Facebook fan site, and he wrote a series of clever newspaper and radio ads for his Oklahoma church (compiled in “The Church Ad Portfolio”) when a major employer left town and 130 members of his congregation moved.

James continues to look for effective ways to draw people to God and to encourage them to pray together, noting that remarkable things happen when even a few unite to pray. “God changes the world through our prayers,” he says.