Bright, eager faces peered expectantly at the stage of the small puppet theater as they awaited the colorful show. Whispers and laughter filled the warm and cheerful room. After the curtains drew to a close, the children huddled together in front of an enthusiastic young woman holding a story book in her lap. A hush fell over the rambunctious crowd as Isabella Paoletti-Tejeda ’24 transported the children on yet another adventure with her gentle voice and magical words. Fidgeting hands stilled. The bright eyes remained transfixed on the young woman’s kind, expressive face.

Throughout her life, Isabella’s parents have demonstrated the importance of cultivating a heart of service. Jesus came to serve. Jesus met pressing needs with compassion. Isabella grew up in the Catholic Church, and her parents consistently served the homeless community and donated clothing. Their example of Christ’s active love fueled Isabella’s desire to help at-risk children in her community and beyond.

During sixth grade, Isabella began volunteering with Higher Ground Youth and Family Services, a nonprofit dedicated to expanding opportunities for at-risk children and families through mentoring and educational programs. Isabella met the man who founded Higher Ground at her church and quickly gained a vision for the organization’s important work in the Anaheim community.

As she entered high school, Isabella considered possible service projects for her Girl Scout gold award. She knew she wanted to work with Higher Ground and continue serving at-risk children, especially those with parents in prison, addicted to drugs or involved in gangs. While volunteering, Isabella realized the program offered amazing activities such as sports, computer lab and art, but it lacked a focus on literacy and a love for reading. She soon learned that many of the children were reading two levels below their grade.

How could she empower these children? Too often they heard statements such as, “Why do you need to go to high school? You’re not going to go to college.”

In 2016, Isabella founded Read a Story, Change a Life, a literacy advocacy program that fosters imagination and confidence in elementary school children. She applied for several grants and recalls feeling intimidated asking big corporations for donations—but their generosity surprised and delighted her.

She collected a few friends who loved theater and performing. Together they learned some puppet shows and gathered books to read to the kids. Higher Ground gratefully welcomed Isabella and her troupe, who began performing twice a week. As these friends got busier with high school, Isabella continued the shows and recruited more volunteers. The program expanded from Anaheim to the Yorba Linda Public Library and the Oak Crest Terrace Apartments, a low-income housing complex.

Bristol Farms became a partner. During Isabella’s junior year, Read a Story, Change a Life adopted a primary school in Kampala, Uganda, sending a puppet theater and story books to the school. They created a video that included performances of their puppet shows, stories and songs. Altogether, Read a Story, Change a Life has helped more than 2,500 children learn to read and write.

During the summer of her senior year, Isabella spontaneously visited Westmont with a friend. Two things quickly struck her about the school. An admissions counselor described Westmont, and Isabella recognized the small, close-knit community she wanted in a college. She happened to meet President Gayle D. Beebe during her visit, who answered some of her questions. He shared his personal experiences with the Catholic Church and assured Isabella that Westmont would appreciate a different perspective on faith.

Isabella appreciated the open and inclusive environment and quickly fell in love with the school. She applied and was admitted to the Augustinian Scholars Program. Her work with Higher Ground and her literacy advocacy program sparked an interest in pediatrics as another way to help low-income families.

A behavioral neuroscience major, Isabella enjoys the intersection between psychiatry and pediatrics. She seeks to understand how the brain functions and how it affects our choices. Recently, she received the Gloria Barron Prize for young heroes that celebrates inspiring, enthusiastic young people by awarding $10,000 for education or additional projects. Isabella quickly donated the money to Higher Ground’s new counseling and STEM lab.

The story ended, and Isabella closed the book. A hushed silence continued to reign over the transfixed children as they transitioned back into the real world after an imaginary adventure. Isabella looks forward to continuing her work empowering and equipping these bright, expectant faces. 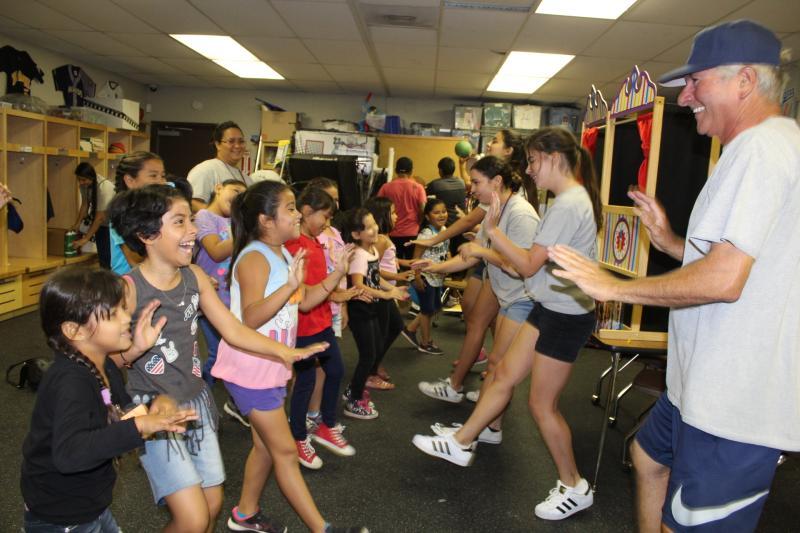