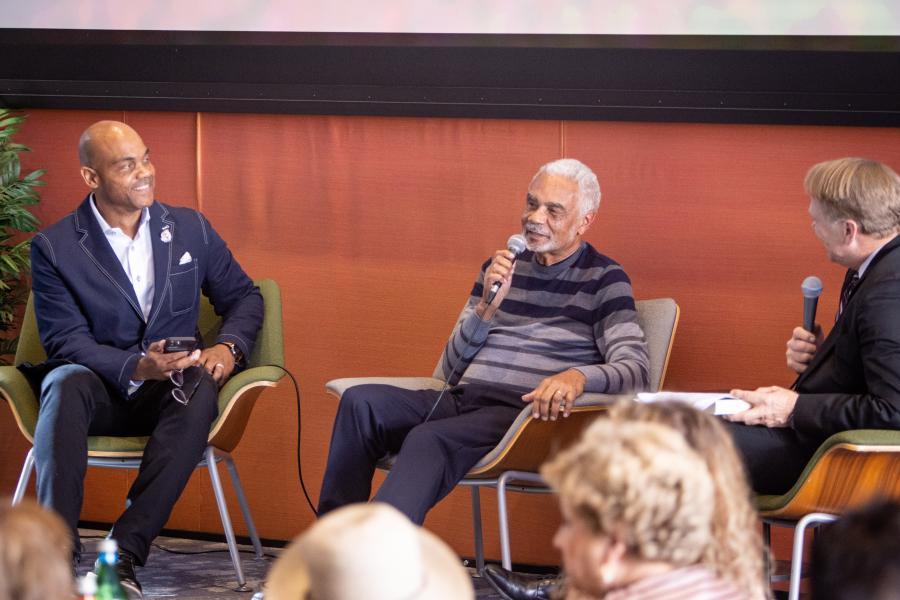 “Dr. Carson has dedicated his life and scholarship to the legacy of Dr. King,” said President Gayle D. Beebe. “I grew up in a Quaker home, and Dr. King was very much a hero within our family — within our religious tradition. To really be able to go into his life and work in a way that just brings a greater depth of appreciation and clarity has been a great gift. I feel indebted to Dr. Carson for illuminating so much of the legacy of Dr. King and really bringing his writings to life.”

A professor emeritus of history at Stanford University, Carson has directed the King Research and Education Institute, a cooperative venture of Stanford, the King Center and the King Estate to publish the definitive 14-volume edition of “The Papers of Martin Luther King Jr.,” a collection of King’s most significant correspondence, sermons, speeches, published writings and unpublished manuscripts. 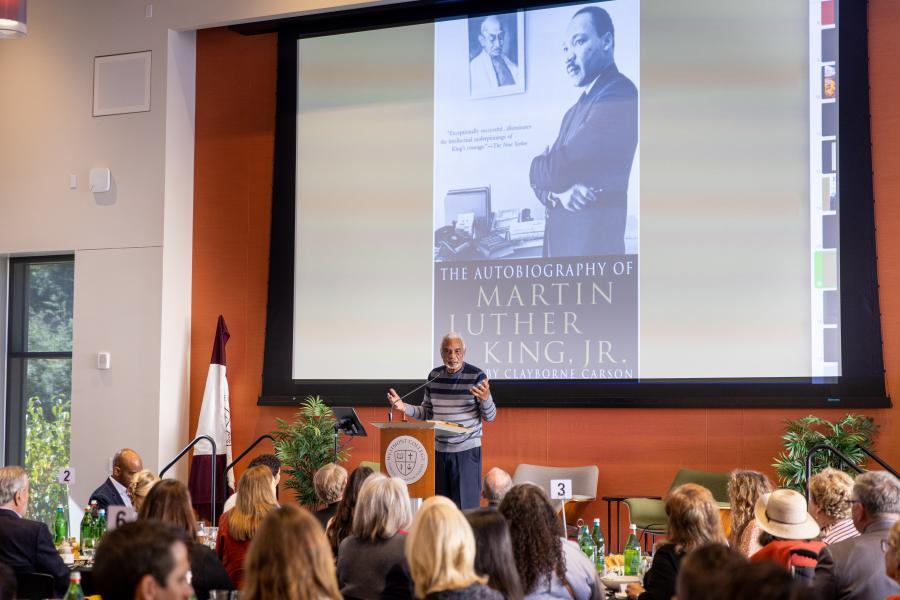 Carson began his talk by sharing an intimate letter written to Coretta in 1952, a year before she and Dr. King were married, inside a copy of Edward Bellamy’s 1888 book “Looking Backward,” a time-travel novel about the nation becoming a socialist utopia 100 years in the future.

“Believing that their early correspondence was too politically revealing, Coretta shielded it from the prying eyes of scholars such as myself for almost a half a century,” Carson says. “Even after she selected me to edit and publish her husband’s book, this letter remained in her personal possession. In fact, I heard rumors that there was this box of materials under her bed that she kept very close to her. I considered burglary.”

Her stance to keep the letters private softened after Carson gave Coretta a draft of Martin’s autobiography. “She looked at it and said, ‘Where am I in this?’” Carson recalls. “And I said, ‘Well, Martin had not really written about you very much.’” 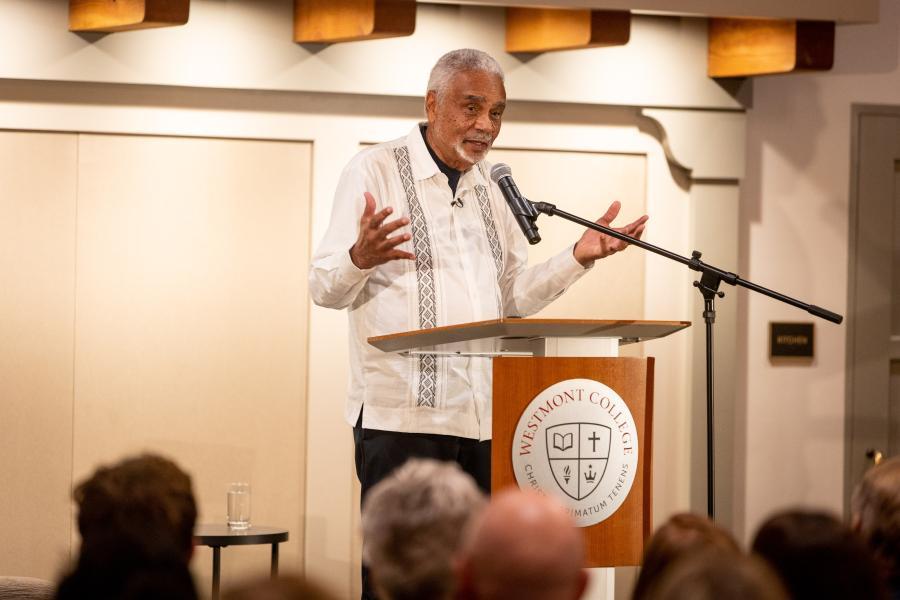 Several weeks later a packet arrived at the offices of the King Papers Project with all the correspondence between the two. They reveal the raw emotion of a young couple in love and Coretta, a highly educated, politically active woman, wanting to maintain her career. “She was involved with civil rights activities, anti-war activities and pacifism,” Carson says. “And she used the words of Horace Mann, who founded her alma mater Antioch College: ‘Be ashamed to die until you have won some victory for humanity.’”

In 1965, Coretta had spoken at an anti-Vietnam War rally in Madison Square Garden. Later, Martin accompanied her to Geneva, where she spoke at a women’s conference designed to end nuclear testing. “There a reporter, who recognized Coretta, asked Martin: ‘Did you write her speech?’” Carson says. “She looks back and Martin, who, to his credit, says, ‘No, I think she ought to have written mine.’

“We have to credit her with carrying on his legacy, though they were together for only 15 years. Martin could not have created a birthday for himself. He could not have created the memorial in Washington, D.C. So much of what we will celebrate in January is her making. This has become a shared legacy, and we should recognize that.”