A Westmont education offers students many ways to learn, grow and develop their calling in life.

Using H4O to Bring H20 to the World 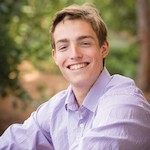 While in high school, Spencer Dusebout ’15 traveled to Belize with his Santa Barbara church to live in a Mayan community and soak up the culture. When he returned, he couldn’t forget the women and children from the impoverished village who walked for hours to reach the closest water supply. “It looked more like coffee than river water,” he says. “This was the water they carried back for drinking, bathing and washing the dishes. That image stuck with us and inspired us to act.”

Spencer, then 16, co-founded Hands 4 Others (H4O) to bring clean water to the 1.1 billion people without access. He began raising funds with bake sales while giving impassioned presentations about their first project piping water to 3,000 villagers in Bondeni, Kenya.

The grassroots effort attracted the attention of adults and teenagers. “We created a movement of young people who are trying to solve water crises,” he says. “We provided the kind of inspiration many teens were looking for.”

Since 2009, H4O has brought clean water to more than 100,000 people in 10 countries in Africa, Latin America and Asia. The organization has created a vibrant youth movement in Santa Barbara, the Bay Area, Denver, St. Andrews, Scotland, and England. For more information, see www.hands4others.org.

Spencer majors in both economics and business and religious studies. “Westmont has given me everything I wanted: great academics, great people and a faith-based education,” he says. “It has integrated my desires and passions in business, helping others and expanding the kingdom of God. It’s been a perfect fit.”

In Spencer’s Business at the Bottom of the Pyramid class spring semester with Professor Rick Ifland, he learned more about applying his faith in the world. “Studying business and religious studies and getting all the benefits of a liberal arts education, I have learned the value in using my God-given talents in the field and to glorify God,” he says.

During spring break, the class traveled to Haiti to set up seven small businesses. “I’ve traveled a good amount with H4O, but this trip was one of the most important things I’ve ever done because it confirmed that we can use business to change people’s lives while showing them the love of Christ.”

Spencer says listening to Nobel Peace Prize winner Muhammad Yunus at the President’s Breakfast and on campus made an impact on his life. “Yunus had the heart and desire to help people around him, he acted on it, and it worked,” he says. “People caught his vision and said, ‘I want to be a part of this.’”

Spencer says he has experienced a similar response when explaining H4O’s vision to young people. “They want to get involved in something bigger than themselves,” he says.

“Yunus’ charge in chapel, that this generation has the ability to change the world more than any other, is right on. One of the H4O tag lines is ‘Be the Generation,‘ because we truly believe we can solve the world’s water crisis.

“We’ll have to get our hands dirty and build from the bottom up. Sustainability rarely comes from the top down. We’re on the right track and we have the means to accomplish our goal. We want to change the world one person, one family, one village at a time.” 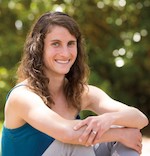 When she shares her goal of qualifying for the 2016 Olympic trials, Warrior track star Elysia Hodges ’15 realizes that if she fails, the world will know.

An index card tacked over her desk motivates her with the times she needs to be one of the top 36 athletes in her events. In March, she claimed an NAIA National Championship in the women’s 600 meters with a record time of 1:30.49 at the NAIA Indoor Track and Field National Championships. It’s just one of many records she holds.

Elysia followed her older sister Jenae as a high school track athlete. “I never thought I was fast because my sister always told me I was slow,” she says. “But she didn’t run track her senior year because she thought I’d be faster.”

Her senior year, Elysia was the San Marcos High School Women’s Athlete of the Year and set an Easter Relays and Santa Barbara County record in the 4×400 meters. Head Coach Russell Smelley and Oatis persisted in recruiting her. “It was God showing me this is where he wanted me,” she says.

At Westmont, she has learned there’s more to life than running track. “If I place all my value in it, I’m going to be disappointed,” she says. “I’ve focused on my education and my walk with God as well as track. Westmont has helped me keep things in perspective and correctly prioritize life. God is always first, and my education and athletic endeavors are ways I serve God. Coach Smelley promotes these priorities. He sees me and each athlete as a whole person, not just a runner.”

Elysia set new Westmont records her first year in the 400 meters, 400-meter hurdles and a Westmont track stadium record in the 400 meters. At her first Westmont Collegiate Classic, she led the field in the 400-meter hurdles when she tripped over the eighth hurdle and flipped twice before bouncing back up. As she regained her feet, a runner passed her. But Elysia used the adrenaline to bolt to the finish line and win by two hundredths of a second. Her record time automatically qualified her for the NAIA Outdoor Track and Field National Championships, where she finished sixth. She earned All-American honors at the NAIA Indoor National Championships in the 400 meter with a third-place finish, setting yet another school record.

As a sophomore, she finished as national runner-up in the women’s 400 meters on the last day of the NAIA Outdoor Track and Field Championships. She beat her own team record by 0.96 seconds.

“My goal for my college career was to break 54 and I did it my sophomore year,” she says. “I thought, ‘Wow, maybe I can do more than I thought I could.’” That’s when she set the Olympic goal.

Much as she enjoys winning races, Elysia now focuses on her times. “I can’t miss the opportunity to take a step toward achieving my goal at each practice or meet,” she says. 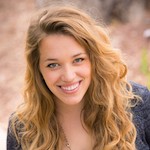 Sara Reinis ’14 kept busy at Westmont. Elected sophomore class president, she acted in a production of “Macbeth” and two Fringe Festivals, studied for a semester in San Francisco, volunteered three years for Potter’s Clay, served in Uganda with Emmaus Road, conducted major honors research, won a speech tournament, wrote and edited the Capstone section of the Horizon newspaper, captured the award for best Spring Sing skit, and helped emcee the musical event in March. She graduated with a degree in communication studies, which best fits her varied interests.

“I loved being in a small, liberal arts school where you can participate in so many different aspects of academia, ministry or internships,” she says. “I’ve indulged all my whims, inclinations and passions without feeling I had to confine myself to one area. There’s freedom in this community to engage deeply in several areas while not spreading yourself too thin.”

The summer after her first year, Sara served in Uganda with the first Emmaus Road team at Faith Children’s Home. “None of us knew each other that well, and we fully immersed ourselves in the relationships and truly connected with the Ugandan pastor and children,” she says. Surprising the students, the pastor asked each team member to preach for 45 minutes several times a week. “We didn’t know we’d be preaching when we got there. Despite the language and cultural barriers, there was still a feeling of connectivity over shared beliefs and hope.”

Her senior year, Sara completed a major honors research paper probing the sexual objectification of women in evangelical discourse. She examined the messages sent to women about their bodies and sexuality. “Messages that reduce women to their bodies and their appearance are pervasive,” she says. “We talk to women about modesty and how they’re princesses, denying their full agency, leadership abilities and the complexities of their humanity.”

Her first year, Sara acted in “Macbeth” with other women. “We all had the chance to play Macbeth and Lady Macbeth and all the other characters,” she says. She performed in the Fringe Festival twice, acting in plays written and directed by students. “Our lines, the direction and the emphases were all changing as the play was being shaped while rehearsals were going on,” she says. “It was an interesting and dynamic process.”

Sara’s comedic script for the Van Kampen Women’s Spring Sing Skit in 2013 about insects won the top award and displayed her writing skills. “I always try to find a way to act as much as possible while doing the least amount of singing and dancing,” she says. She delivered a witty monologue and a Beyonce impression toward the end of the skit.

“There’s still a part of me that wants to be involved in theater or the entertainment industry a bit, but it’s not my primary direction,” she says. She’ll take a year to explore potential careers, and she’s considering a doctorate in rhetoric or something related to media criticism.