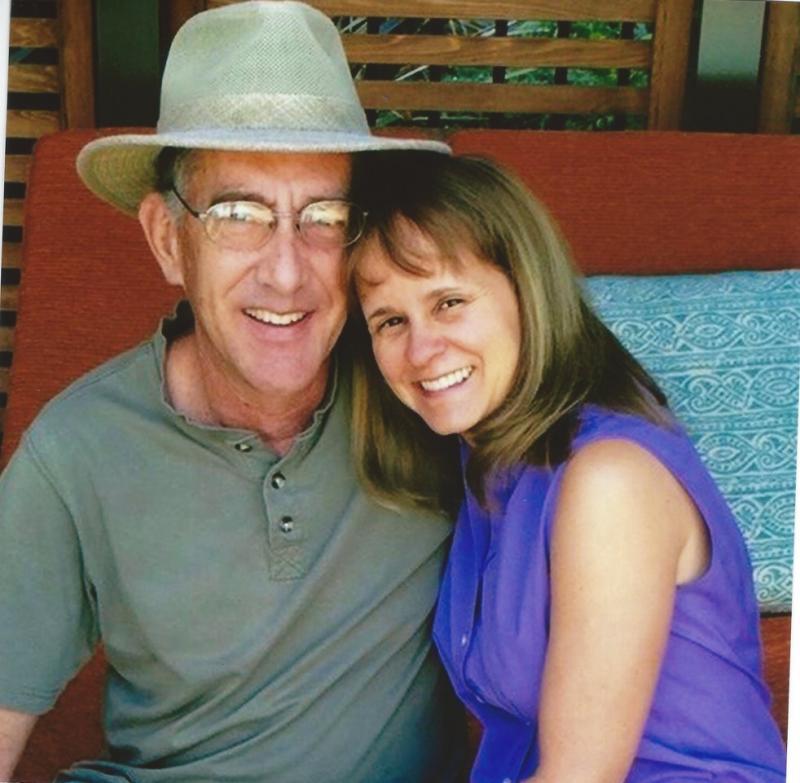 Dan Lagasse ’80 had a different Westmont experience than most students. Diagnosed with cystic fibrosis, he required intramuscular injections of antibiotics by the college nurse when he couldn’t afford to miss class by spending a week or two in Cottage Hospital. Armington Hall roommates also gave him chest-percussion therapy.

“It was humbling to have to ask another student to pound on my chest and back,” he writes in his new book, “Scars Tell Stories: From a Cystic Fibrosis and Heart/Double Lung Transplant Patient.” “But if I didn’t do it twice a day I simply couldn’t breathe anymore. That’s a strong motivator.”

Dan includes a chapter, “Psychiatric Ward,” in his book about his adventures on the England Semester with Paul and Dianne Delaney. “It was a huge undertaking for them to be trip leaders, guides and instructors for all the coursework,” he says. “I was hospitalized as soon as I arrived in England and the hospital released me too soon. I had to go back and forth (a week each time) to Royal Brompton Hospital for five visits.”

Doctors prescribed prednisone to reduce inflammation, but he had a bad reaction to the drug and suffered corticosteroid- induced psychosis. “That was a low point for me physically as I almost died at 106 pounds and was ‘imprisoned’ in the London psychiatric hospital as they tried to figure out what went wrong,” he says.

Now, at 62, he has been hospitalized in nine foreign countries. In spite of his terminal illness, Dan is determined to follow God’s call on his life, serving as a missionary and later a missions pastor. “God’s commands are not just to the healthy,” he says. “He promises his name shall be praised amongst all peoples.”

After the first Gulf War, Dan and his wife, DeAnna, served as missionaries and relief workers to the Kurdish people of Turkey and Iraq. “I wanted to participate in God’s mission to the unreached,” he says. “I wanted to be part of the effort to plant a church among the Kurds. Today, there are Christian Kurds and churches throughout the region and around the world in the diaspora of Kurds. What an amazing thing God has done!”

During that trip, he discovered orphaned sisters, Shirena and Jessica, whom he and his wife later adopted. He tells the dramatic story in his first book, “Between Iraq and a Hard Place,” written under the pseudonym Kirk Legacy. “The Kurds were (and are) certainly caught between Iraq and Turkey,” he says. “My daughters, who were abandoned on the Iraqi border, were caught literally between life and death, and my wife and I were “caught” because we were accused of stealing the girls and adopting them illegally.”

The girls, Shirena and Jessica, who are now adults living in the U.S. are from Kurdistan. When Saddam Hussein’s forces bombed the region in March 1991 to suppress a Kurdish rebellion, the girls’ parents separated. The girls’ father met Dan and DeAnna and urged them to visit his daughters over the border in Iraq. When they arrived, the girls were malnourished and their hair was falling out. With the sisters facing certain death, and the people facing genocide, Dan obtained written permission from the father to take custody of the girls. He said the mother had died. The Lagasses raised them back to health, brought them to California and then legally adopted them.

Years later their adoption was challenged and Dan was charged with forgery. Thankfully, the Lagasses were able to prove their innocence and the validity of the adoption in a U.S. court, and they have raised the sisters as their daughters.

When he was 38, Dan received a second chance at life following a successful heart-double-lung transplant and 30-day recovery on a respirator in the ICU. His church later offered him a position as a missions pastor, which involved travel to east Asia and Africa. “I understood life on the mission field and the demands of missionary life,” he says. The job felt like a perfect fit. “I also realized that my wife had endured a tremendous amount of stress with my poor health. By residing in California we were able to have some normalcy in life.”

Dan says he wrote “Scars Tell Stories” to let others know when their lives are chaotic they can still have hope. “Christ is not just our hope when things are going great. He is our rock when the world is falling apart.”

Despite repeatedly facing illness and death, Dan holds fast to his faith. “In all of life’s challenges we have seen that God is always faithful,” he says. “That’s why Westmont’s hymn means so much to me: ‘Great is His Faithfulness!’”