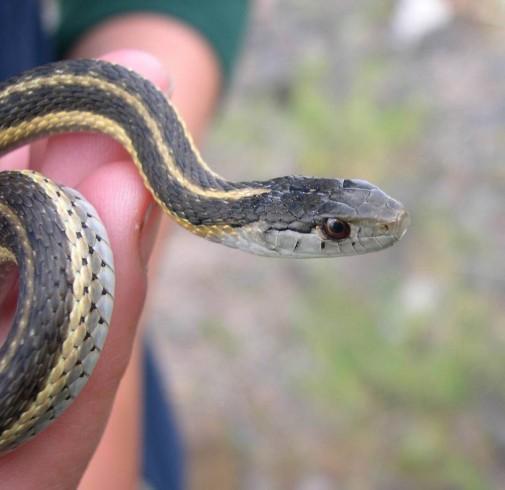 Amanda Sparkman ’03 has joined the Westmont biology faculty, bringing expertise in evolutionary biology, a love of field research and a determination to inspire students to appreciate animals, even snakes.

Sparkman didn’t intend to study the slithery reptiles when she entered a doctoral program at Iowa State University, but catching snakes with her adviser led to her interest in the animals. Describing snakes as gentle and surprisingly expressive, she says they’re fascinating and fruitful to study because biologists have largely ignored them.

At Iowa State, Sparkman completed a program in ecology, evolution and organismal biology. Her research there focused on the evolutionary ecology of the growth, reproduction and lifespan of garter snakes.

Sparkman studied red wolves, extinct in the wild after 1980, as a post-doctoral fellow at Trent University in Ontario, Canada. The U.S. Fish and Wildlife Service reintroduced the wolves in North Carolina in 1987 and followed several generations throughout their lives, yielding 20 years of data. She explored conservation issues and the wolves’ social organization and behavior, publishing her findings.

This summer, Sparkman expects to start a long-term research project on snakes at a local field site. She hopes to involve students in this work, helping them contemplate the natural world through the lens of scientific theories and enlivening their faith.