Westmont Magazine Stories That Unite Us and Make Us Stronger 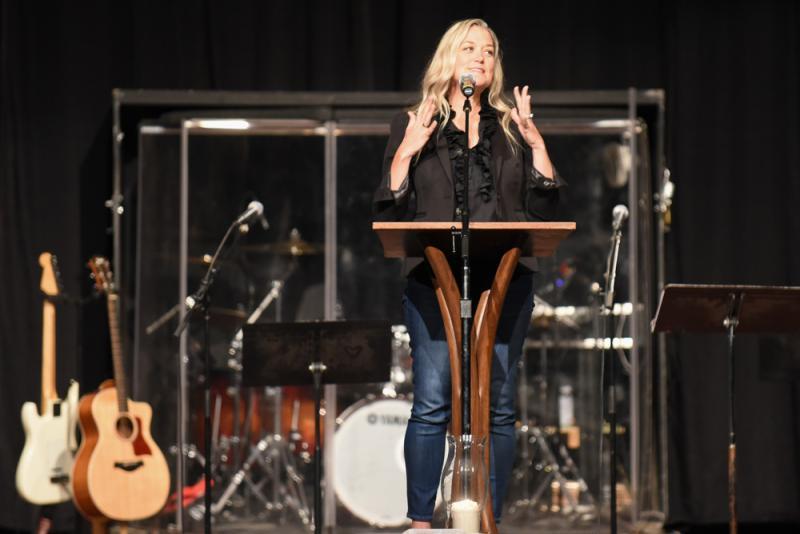 Shauna Niequist ’98, Alumna of the Year, spoke at the Homecoming chapel in October about the three greatest things Westmont gave her: friends, vocation and a deeper faith. The New York Times bestselling author of “Cold Tangerines,” “Bittersweet,” “Bread & Wine,” “Savor,” and “Present Over Perfect,” she developed a vision for her vocation as a writer during college.

“Westmont taught me what books, language and storytelling can do,” she said. “When I left, I had a deep desire to be a part of that conversation. I knew that words were going to be my greatest tools, and I knew that I would do anything. God used books in my life in extraordinary ways, and I wanted to have that kind of effect in another person’s life.”

Shauna met lifelong friends—and lifeline friends—in college. “Invest yourself as deeply as possible in the relationships you find yourself in right now,” she said. “These might be the people who walk you through the most difficult and dark passages of your life.”

She identified hospitality and storytelling as two of her greatest passions. “My story is about God,” she said. “It’s a story about redemption. It’s a story about what God can do within the human heart, and so is your story. The gift we give each other when we tell our stories is making space and possibility for the things we all long for. If you can rebuild your heart, maybe He can rebuild mine. If redemption can come to this broken part of your life, then maybe it can come to mine. Storytelling is a sacred gift that we can offer each other.”

She encouraged students to be more honest and brave in their spiritual journey. “I believe in being born again and again in the continual process of conversion — becoming more deeply devoted, more deeply honest, more deeply brave and more completely transformed,” she said. “And I think this is an extraordinary place for you to take those next several steps. If you learn the skills now to dismantle and rebuild your faith, to let it transform, to leave behind practices that no longer serve you and learn new ones, to ask hard questions, this is the work of spiritual maturity: conversion upon conversion upon conversion. 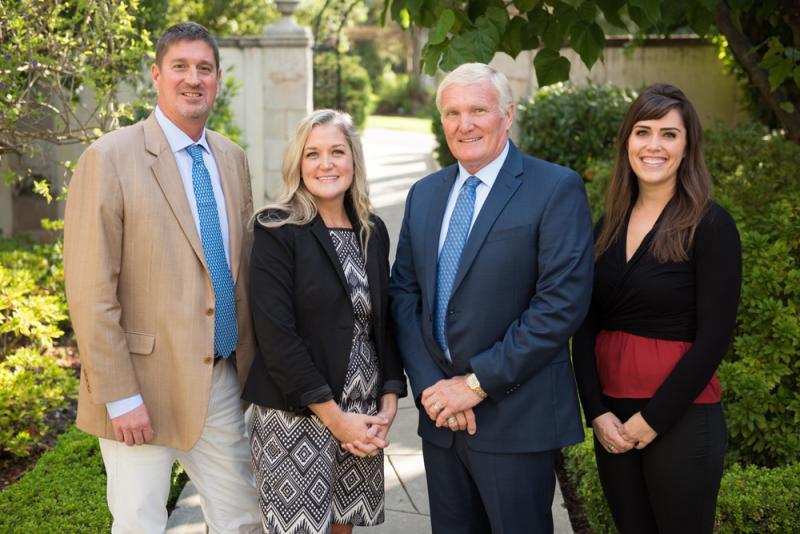 “Wherever you are on your journey–in the bleakest, most lonely places, or in the most lovely, life-giving places–I pray you will always find your home as you settle deeply and more deeply into the very heart of Jesus.”

A blogger and public speaker, as well as a bestselling author, Shauna describes herself as a bookworm, a beach bum and a passionate gatherer of people, especially around the table. She and her husband, Aaron, live in New York City with their two sons.

Westmont also honored Howard Kootstra ’78 as Alumnus of the Year. He established Golden Empire Mortgage (GEM) in Bakersfield, Calif., built it into a successful business with more than 700 employees and serves as CEO. Based on the conviction that all consumers deserve access to credit, the valuesdriven company focuses on people and building lasting customer relationships. With 35 years of experience in lending, Howard has learned every aspect of the mortgage industry. He serves on the Westmont Board of Advisors and belongs to the Wallace Emerson Society. A devoted husband, father and grandfather, he has two children who graduated from Westmont.

David Dettoni ’88 accepted the Global Services Award. Director of operations for Sudan Relief Fund and managing director of Transatlantische Stiftung fur Afrika (TSA), he seeks to help residents of Sudan and South Sudan. Previously, he worked as director of operations and outreach at the U.S. Commission on International Religious Freedom (USCIRF) and as a senior legislative assistant to Representative Frank R. Wolf, focusing on foreign policy, national security and global human rights. He also helped direct the staff of the Congressional Human Rights Caucus. David earned a master’s degree in theology at Fuller Theological Seminary.

The Young Alumni Award winner, Alana Woodin ’10, received the Orange Cove Educator of the Year Award because of her work with Advancement Via Individual Determination (AVID) at Orange Cove High School, which serves underprivileged students. She completed her teaching credential at Lincoln International School in Costa Rica through Westmont and taught for three years at Colegio Americano de Torreon (American College of Torreon) in Torreon, Mexico where she earned the Teacher of the Year award. In fall 2013, Alana attended the Iris Harvest School of Ministry in Mozambique, Africa, a multinational school that emphasizes community transformation.