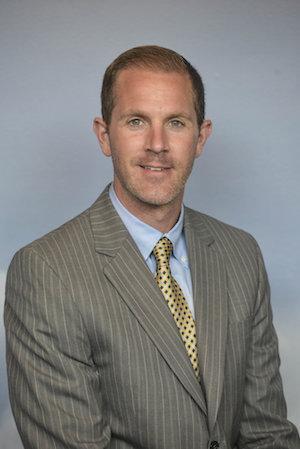 While studying at Westmont, Steve Melchiorre ’98 started a business washing and sealing outdoor decks. He quickly grew the company to more than 200 repeat clients. “My economics and business professors instilled confidence in me through my education,” Steve says.

Since then, the serial entrepreneur has successfully tapped into the telecommunications and information technology fields. In 2003, he co-founded and serves as CEO of Converged Communication Systems (CCS), a national company that delivers multimedia communications over the internet. The enterprise earned revenue of $9.5 million in 2020.

Steve then co-founded Stratosphere Networks, a sister company to CCS, in 2010. He’s also the CEO of this multifaceted tech company that provides managed IT and managed cybersecurity services. Both firms have continued to grow while earning recognition as leaders in their industries. “The future continues to look prosperous,” Steve says. “Business IT and cyber continue to get more complex and change at a rate challenging to keep up with. In turn, this makes outsourcing IT and cyber to providers like us a clear solution.”

Part of Steve’s success may lie with the core values he instills in his companies. Stratosphere is the only IT provider in Chicago to be named one of Crain’s Best Places to Work for five years in a row (2015- 2019). “I believe in treating everyone with respect, generosity and positivity,” Steve says. “I have never understood rigid and ill-tempered work cultures. Life is too short to not spread love and happiness.”

Steve has forged partnerships with several Chicago non-profits, and he has instituted a corporate policy that encourages staff members to give back by providing two additional paid days off to volunteer. “I have always cared about under-resourced youth, especially in Chicago,” he says. “The whole world hears about Chicago, and the violence and poverty are usually the first things that come to mind. As we have matured as a business, we have taken our social work and giving back more seriously.”

The company also runs a Choose Your Charity program. Employees can pick a charity they would like Stratosphere to support on their behalf.

Steve volunteers for numerous non-profits and serves on the board of trustees for Lawrence Hall, which cares for abused and neglected youth and their families throughout the Chicago area. About five years ago, Lawrence Hall hosted a fundraising event for Feed My Starving Children, and he brought his older daughter, who was 7 at the time. “It was a very meaningful experience to teach my child what is important,” he says. A few days after meeting the CEO of Lawrence Hall, he joined the board. “This has not only rewarded me personally, but many of our team members have become involved in various capacities,” he says. “I also continue to include my children in some volunteer work so they understand and hopefully care for others as they grow up.”

One of Steve’s most significant jobs came in late March 2020, as COVID-19 spread across the U.S. The unprecedented problem of hospital bed shortages in Illinois forced officials to rapidly develop a strategic solution. The state reported 5,000 new coronavirus cases the day construction began to transform the McCormick Place Convention Center complex in Chicago into a massive overflow hospital. Steve and the Stratosphere team served as the architects of the facility’s entire telecommunications and IT network. “It was insane,” Steve says, describing the project. “To design from scratch, procure and implement a total IT, telecom and cybersecurity solution for a 3,000-bed hospital would normally take six to 12 months or more. This was by far the most challenging and meaningful project we ever worked on because we knew that thousands of lives were at stake and we played a major life-or-death role. The pressure was on, and we completed everything by the deadline.”

Stratosphere and its IT partners provided engineers who worked around the clock at the McCormick Place Alternate Care Facility to ensure it was fully operational in just 14 days.

In the end, as the demand for hospital beds for coronavirus patients eased, only 38 patients were transferred to the facility. “We had no idea this would happen until after the project was done,” Steve says. “Everyone was under the impression that hundreds of patients would be arriving daily starting on the deadline date.

“I’m truly proud of everyone involved. We had zero need to encourage or motivate our staff to get involved. Many of our team members worked around the clock, risking their own health and lives by being onsite for many days.”