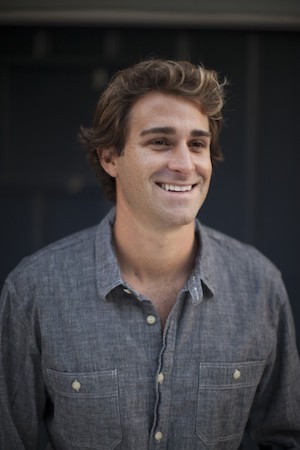 Alec Avedissian ’08 has carved a life out of surfing. He chose Westmont for its Christian commitment and coastal location. An economics and business major with a minor in Spanish, he studied at an international business school in Bilbao, Spain, not far from surfing. For his Westmont in San Francisco internship, he reported to an investment bank at 4:30 a.m. andsurfed in the afternoon. During a summer in Indonesia, he did international marketing for an automobile company and took a surf trip to Bali. After graduating, Alec traveled in South America for three months, backpacking and surfing from Patagonia to Bogota.

After his South American adventure, Alec visited Ryan Zoradi ’08, who worked for a fishing co-op in El Salvador. He ended up staying (and surfing) for five months. Seeing old billboards serving as roofs gave him the idea for Rareform when a friend explained how they could be used. Back in the United States, he developed the business on the weekend while working as a market analyst for Solar World, a renewable energy company. A few months before the launch, he quit to devote all his time to the new venture. “I always knew I wanted to be my own boss,” he says.

Rareform gets six surf bags out of one, 14-by-48-foot billboard. “The heavy-duty tarp, coated with vinyl urethane, is fade-resistant, water-proof and mildew-proof,” Alec says. Ad companies change billboards monthly and pay to throw the old ones away. “We have contracts with two publicly traded companies to take their billboards, which saves them money. They ship the raw goods to our facility in Ventura, where we wash, cut and sew them. Each bag is unique and colorful; most of the time you can’t tell what’s advertised.”

“I always have new ideas I want to explore, and I hope Rareform is just the first of many ventures. I seek to challenge the status quo, bring about some positive change and give consumers more power to make better decisions.”

Alec packed a lot into four years at Westmont: a practicum with a venture firm as a sophomore and a summer internship at Amgen in their finance group. He helped found the Westmont Business Investment Club and start a networking event for students and alumni. His sister, Ava Avedissian Vos ’06, led an Emmaus Road trip to Rwanda in 2005, and he joined her. “In Africa, I glimpsed how other people live and what their needs are,” he says. “That’s when I began thinking of ways to make a difference through my passion: business.”

Ava does disaster relief for the Red Cross. Aric Avedissian ’12, another economics and business major with a Spanish minor, works with Rareform. Alec lives in Santa Monica, Calif., with his wife, Jacqueline, his high school sweetheart and a school teacher.

Alec attributes some of his success to networking. “You can call anyone who went to Westmont and make an automatic connection,” he says. “One of the biggest benefits of Westmont is the meaningful friendships you make.”