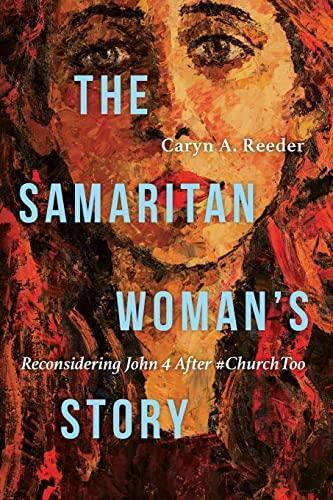 John’s account of Jesus and the woman at the well has long inspired Caryn Reeder, professor of New Testament and co-coordinator of gender studies at Westmont. “Because of her words and testimony, people in her village believed

in Jesus,” Caryn says. “She is a model for women’s voices being heard. I’ve always treasured this story of a woman engaging in theological debate and becoming the first missionary. This nameless woman, who lacks wealth and power, engages in the longest conversation Jesus has with anyone in the Bible. It teaches us about who gets to be God’s people.”

In a new book, “The Samaritan Woman’s Story,” Caryn reconsiders the gospel passage after #ChurchToo, a movement of Christian women and men testifying about the sexual harassment and assault they’ve suffered in the church and Christian organizations.

The book begins by reviewing interpretations of John 4 throughout the centuries. Most of them focus on the woman’s gender and marriages, with commentators describing her as a sinner, an adulterer and even a prostitute. “Her marital history overtakes the rest of the narrative,” Caryn says.

“These poor patterns of interpretation have created places where women can be abused,” Caryn says. “I hoped that by looking at these issues again, we could discover other ways to read John 4 that show women as something other than sexualized sinners.”

Caryn challenges the traditional understanding by reconstructing the first century world and exploring marriage patterns and women’s rights. “Although women were constrained in many ways, they could be well educated and important people in their communities,” Caryn says. “The reaction of the villagers shows that they respected the Samaritan woman.”

Caryn spent a year in Palestine in 2013–14, and she visited the site identified as Jacob’s well. “I was out of my normal situation, living in a different culture and working in a different language,” she says. “I kept coming back to the story and thought about what it would look like in the village where I lived. I got a sense of the importance of the well for the villagers.”

The passage begins at the well, with Jesus requesting a drink from the woman. She challenges him, asking why he, a Jew, asks her, a Samaritan, for a drink when Jews don’t associate with Samaritans. Jesus tells her that if she knew who he was, she’d ask him for living water. Again, she confronts him, noting he had no way to draw water and questioning where he could get living water. “Are you greater than our father Jacob, who gave us this well?” she asks. When he tells her she’ll no longer thirst if she drinks his water, which will well up into eternal life, she asks him for some.

At this point, Jesus tells her to go get her husband. She replies she has no husband. Jesus acknowledges her truthfulness and says she’s had five husbands and the man she’s with is not her husband. Longstanding interpretations get hung up here, focusing on this statement and downplaying the significant verses that follow.

Does Jesus describe a promiscuous woman living in sin? Is it correct to assume that five husbands divorced her because of adultery? To answer these questions, Caryn explores in depth the role of women and the nature of marriage in the first century. While women had some legal rights, their fathers arranged their first marriage to benefit the family, and women (who could be as young as 12–15 years) often had little say about a match, usually with a much older man. Women could easily outlive several husbands. 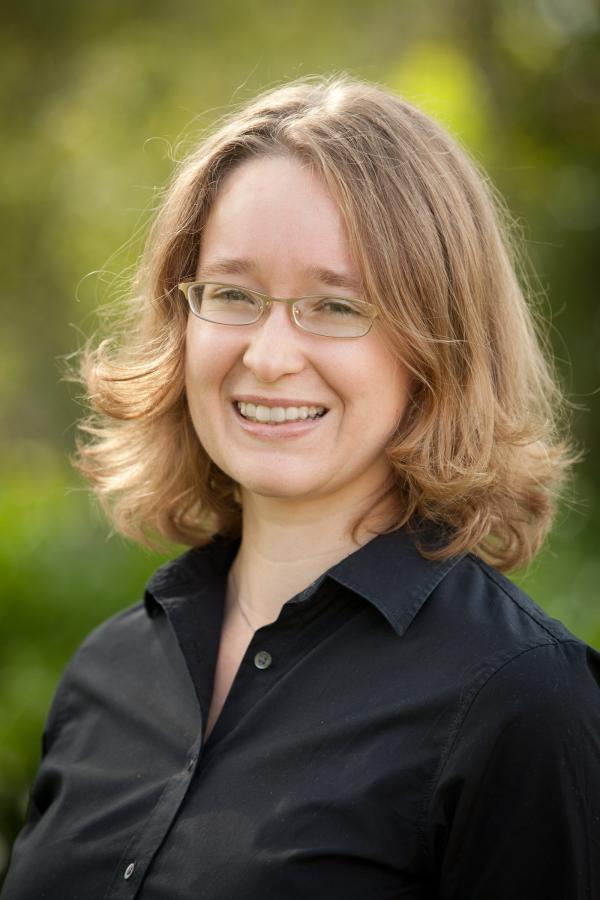 Caryn found no records of a woman marrying five times, so the Samaritan woman’s experience was unusual. According to Jewish law, only husbands could initiate divorce, which required no explanation or justification. Widowed or divorced women were expected to remarry, and cohabitation was an acceptable alternative to marriage in the first century. “Her marital history was simply the consequence of her time and place,” Caryn concludes (page 151).

While the cultural context lends little support for the Samaritan woman being promiscuous, the text provides much stronger evidence against it. When Jesus talks to people identified as sinners in John, he calls them to repent. But John 4 lacks any mention of sin or repentance. Indeed, John features women in prominent roles throughout his gospel. Jesus’s mother, Mary, encourages him to perform his first miracle by turning water into wine at the wedding in her belief in Jesus as the Messiah, the Son of God, in John 11:27. When the disciples scatter after Jesus’s arrest, his mother and other women witness his crucifixion (John 19:25). Mary Magdalene becomes the first person to see the risen Jesus and announce his resurrection (John 20:18).

“When we focus too much on character and sexuality, we can miss the implications of the Samaritan woman’s conversation with Jesus, which breaks down the boundaries between Jews and Samaritans,” Caryn says.

When Jesus mentions her five husbands, the woman realizes he must be a prophet. She then turns the conversation to the chief issue dividing the Jews and Samaritans, saying, “our ancestors worshipped on this mountain, but you Jews claim that the place where we must worship is in Jerusalem.” She wants to know the true way to worship God.

The woman learns directly from Jesus about true worship of God, and she understands the importance of this profound truth. She says, “I know that Messiah (called Christ) is coming. When he comes, he will explain everything to us.” Jesus then reveals himself to the Samaritan woman. “I, the one speaking to you — I am he.”

Leaving her water jar at the well, the woman went back to the town and said to the people, “Come see a man who told me everything I ever did. Could this be the Messiah?” The people went to seek Jesus, and many of the Samaritans believed in him because of the woman’s testimony. They urged Jesus to stay with them, and he spent two days teaching them. Many more believed.

The passage reveals the Samaritan woman as an astute person who wanted to know the truth about worshipping God. Rather than being a social outcast, she seeks out the people in her village to tell them about Jesus. They obviously respected her and went with her to learn more about Jesus.

“The attention, space, and initiative given to the Samaritan woman in her conversation with Jesus are remarkable,” Caryn says (page 153).

Caryn wrote the book for the church to help rethink traditional interpretations that can hurt people and better understand how God works in the church. “I hope the book helps us be more supportive of the people in our communities,” she says.

Caryn also studies women who’ve interpreted the Scriptures throughout the centuries, including one in 16th century Geneva during the Reformation and a descendant of slaves who became a missionary to the Black community in the 19th century. For her next project, she may tackle the challenging issue of slavery in the New Testament world. “I seem to be drawn to difficult topics,” she says. Her previous books include “The Enemy in the Household: Family Violence in Deuteronomy and Beyond” and “Gendering War and Peace in the Gospel of Luke.”