Westmont Magazine Taking a Ministry of Education to the Inner City 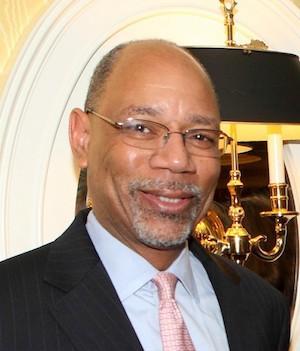 Preston Hannibal ’71 avidly watched his father at work as an Episcopal priest and chaplain of his primary school.“I was fascinated with his job,” Preston says. He also admired the chaplain at UCLA, whose vital ministry clearly made an impact on students.“During the civil rights movement, I was surrounded by faithful men and women who lived out their faith daily, and I wanted to love Jesus the way they did,” Preston says. He earned a degree in sociology at Westmont, graduated from Bexley Hall Seminary in New York, and entered the Episcopal priesthood intent on becoming a college chaplain.

Noting his young age, the dean at the seminary advised Preston to start at the secondary level, which led him to St. Paul’s School in Concord, N.H. For 12 years he ministered as a chaplain there, building relationships with fellow priests and preachers such as the late Peter Gomes, minister of Memorial Church at Harvard. In 1986, Preston moved to Massachusetts and spent nine years as Gomes’ associate minister and chaplain.“Being a chaplain at a university is a ministry of presence,” he says. “You have to go where the students are: in the dorms and the dining halls, at games, plays and concerts.”

But Preston missed teaching and seeing students grow intellectually. In 1995 he left Harvard to be senior chaplain and head of the religion department at St. Mark’s School in Southborough, Mass.“I developed a religion curriculum for teenagers, built a staff to teach the classes and returned to coaching soccer,” he says. He worked closely with the rector at St. Mark’s Church, who later became bishop of the Diocese of Washington, D.C. In 2003, the bishop asked Preston to fill a new position there as canon for academic ministries, overseeing chaplains and 20 schools in the diocese serving 5,000 students from pre-school through twelfth grade. As a member of the bishop’s senior staff, Preston also helps prepare candidates for ordination preaches regularly at the National Cathedral.

The bishop handed Preston a project when he arrived: establishing a diocesan school for inner-city boys.The original idea focused on a secondary school, but Preston’s wife, Sandi, a lifelong educator, suggested starting at a young age and teaching children properly. Bishop John T. Walker School for Boys opened in 2008 and now enrolls 60 students in pre-kindergarten through second grade. Over time, it will grow into a full primary school. Renovating an unused parish facility in Anacostia, the diocese named the school for its only African-American bishop. Students apply, and those accepted pay no tuition; donations fund the entire program.

The nation’s capital serves as a classroom for the boys, who visit museums, attend concerts and tour the White House. Students go to chapel twice a week and hear prayers daily in the classrooms and at meals; they eat a full breakfast, lunch and dinner. Formal religious education will begin in third grade. Most students go to church but none are Episcopalian.

“We serve African-American boys who lack the opportunity for an independent school education,” Preston says.“We expect parents to participate, and they sign a contract to help out in school and support their sons. We want to break the myth that inner-city men don’t care about children. We have fathers, brothers, cousins and uncles showing up to support students.” Throughout the years, men of faith have inspired Preston and shaped his life. He’s passionate about introducing such mentors to the boys at Bishop Walker School, and he’s hopeful about their future.