Westmont Magazine Taking a Shot at a Career in Sports 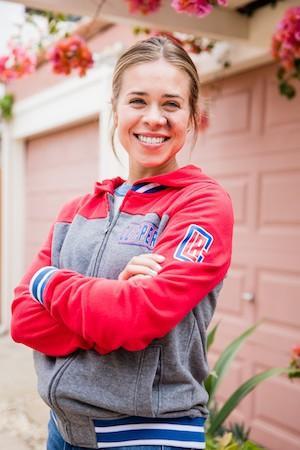 Noelle Crosby ’17 never expected to work in sports. “I assumed you had to be a professional athlete to do that,” she says. “I never thought about the business side of sports.”

But a class with Rick Ifland her senior year awakened this idea. “What could you stay up all night talking about?” he asked. “I immediately answered: basketball,” she says. “I love it so much! Christmas is my favorite day because I get to watch five NBA games. I was majoring in economics and business and began wondering about the business of sports.”

Noelle’s father, Jeff Crosby ’85, played basketball for Westmont and later served as an assistant Warrior coach—and an interim head coach—when he took a break from his business career. His passion for basketball has infected Noelle and her brother and sister.

Fortunately, Jeff knew someone at the Los Angeles Clippers and reached out to see if Noelle could connect with the president, the only woman in the NBA with this position. “She has an awesome job, and I wanted to know more,” Noelle says. Eventually Noelle got a phone interview with the manager of inside sales, which led to a group interview. “It was April of my senior year, I was running track and trying to connect with the Clippers,” she says. “My dad wanted me to have a job lined up. It was so stressful, but I’m so thankful he pushed me as hard as he did.”

Noelle worked out in the morning before driving to downtown Los Angeles—a place she’d never been—for a group interview with three managers and three other candidates. “I was the only woman in the room,” she says. “It was one of my proudest moments. I had no idea what the job entailed, but it was an opportunity, and I was going to seize it. I was confident about myself and what I could bring— I knew I could learn. I even walked into the room wearing heels for the very first time.” 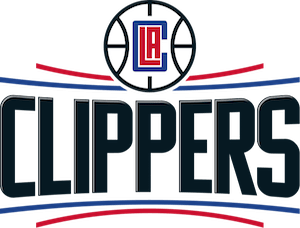 After two hours of questions, the Clippers hired Noelle on the spot. Now in her fourth season with the team, she continues to move up in the organization. She began as an inside sales executive in an entry- level training program. Through cold-calling, she sold the use of the arena as well as group experiences and individual and season tickets. “I never wanted to do sales because I thought people just sat at computers and hated life,” she says. A promotion and a new management team changed her attitude. “You can try so many different things in sales; there is no one way to sell,” she says. “I began to be assertive and to see myself as a consultant. Selling tests every part of you. You’re either selling or you’re not. And you have to bounce back from the down months.”

Noelle competed with the Warrior’s cross country and track and field teams. “I think about sales the way I thought about individual and team goals at Westmont,” she says. “Coach Smelley said we didn’t have to sit in the back of the bus when we had a bad day. We could still sit in the front and contribute. When I’m not doing as well at work, I know I’m not any less of an employee or any less valuable. We go after athletes for inside sales because it’s tough, and they know how to bounce back—they know how to be coached and be open to feedback. I still run to remind myself that I can do hard things and be OK in uncomfortable situations. Right now, I’m training for a marathon.”

Noelle has risen to account executive and works with premium season ticket holders, connecting with them personally at the arena and managing their game-day experiences. Sometimes clients just want to talk. “I want them to feel like they’re being listened to and show them a little bit of Jesus in crazy downtown LA,” she says. “That gives me joy and purpose in my job: talking to and connecting with so many people.

“It’s been hard not going to games. It’s not the same watching from home. No professional sport can match the intimate experience of an NBA arena. I’m still wide-eyed when I walk in. It never gets old watching these incredible athletes warm up and play. Sports are such a unifying experience. No one needs Clippers tickets, but people need to make connections. I really love and believe in what I sell.”

Noelle hopes to move into management and someday be the second woman president in the NBA. “I’m focused on doing my job really well and being fully present,” she says. “I’m learning everything I can about management.”