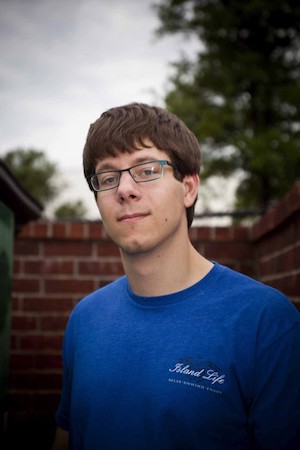 Daniel Wendler ’10 grew up a lonely, awkward child, shunned and bullied for his odd ways. Realizing he was different, his parents took him to a psychologist, who diagnosed him with Asperger’s syndrome, a condition on the autism spectrum that affects social interaction. Once he understood the problem, Daniel found he could solve it by learning social skills.

“My parents were a big factor in my success,” he says. “They loved and supported me and helped me accept myself. They were very involved; we would watch movies, I would hit the pause button and ask questions, and they would explain it to me.” Daniel painstakingly learned how to read body language and talk to people.

He has created a website, Improveyoursocialskills.com, to assist others who struggle socially. “God uses me in my areas of weakness,” he says. “I grew up with a lot of pain, and it’s given me an appreciation for relationships. I want to reach out to people on the outside because I know what it’s like to be there.

“When I was in middle school, I packed boxes for Operation Christmas Child. I remember being glad that I was helping people—and that I was nowhere near those people. As I learned how to relate to people, I discovered that you love God by loving your neighbor. That’s hard to do if you’re not in relationships with people.” He now values and enjoys his time with friends.

“The culture today is so busy that it’s easier to have superficial interactions than real ones,” he says. “You don’t connect over texts or Facebook; connection happens when you spend time together.”

Daniel chose Westmont for its friendly, welcoming community, and he received a prestigious Monroe Scholarship. “I sensed that it was a school that took academics and faith seriously, not in a straitjacket way, but in a way that let people explore and lean into questions,” he says. He majored in Spanish and economics and business and participated in Westmont in Mexico. “I got a deep look into Mexico’s culture and history and discovered a lot about myself in the context of a foreign culture.” As a white male, he found the Racial Equality and Justice program challenging and important, realizing for the first time what it meant to be privileged. “I care about community, and prejudice can affect our ability to connect,” he says. “We need tools to get past that.”

While at Westmont, Daniel kept working on his social skills. His freshman year, he helped start Compline, a group that met after Vespers and continued for four years. “It was a place where I could be myself and not worry about my social skills,” he says. “It helped me learn about grace and cultivate the ability to reach out to others. The core message of grace is that you don’t have to clean yourself up before you come to the table. You don’t have to get better before you reach out to people, tell them you are lonely and make connections.”

Daniel plans to enroll in graduate school in fall 2014 to earn a doctorate in counseling psychology. “I have always been a go-to guy for my friends who needed advice or support during hard times, ” he says. “Becoming a counselor is a natural outgrowth—coaching people one-on-one on their social skills, which I do now, is similar to counseling.”

A resident of Austin, Texas, Daniel supplements income from his website by doing part-time search-engine marketing work. He shares his experiences through his websites (see also DanielWendler.com), TED talks and articles. “Helping people improve themselves is meaningful work for me,” he says.