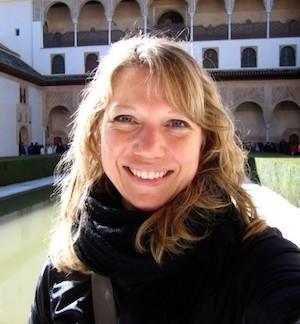 Watching teachers in Uzbekistan pool a portion of their small salaries intrigued Sarah Tobin ’98, a Peace Corps volunteer teaching English in a desolate village near Bukhara. The women earned 50 cents a day and put $2 each month into a joint fund paid out to contributors on a rotating basis. “That’s what happens when no formal banking system exists,” Sarah says. “The women keep the cash moving to assist each other with big expenses like weddings. This micro-finance strategy helps people in extreme poverty make ends meet.”

Living in Muslim Uzbekistan raised questions about economy, culture and religion that continue to interest Sarah. While there, she discovered that anthropology provided a way to pursue these passions. After the Peace Corps, she enrolled in a master’s program at the University of South Florida intending to do relief work after earning her degree.“But I had to keep studying and complete a doctorate in anthropology to satisfy my intellectual curiosity,” she says.“As things open up that interest me, I pursue them.This semi-meandering trajectory has created amazing opportunities and an interesting life.”

Sarah’s areas of expertise include economic anthropology, Islam, and gender in the Middle East. Her doctoral dissertation at Boston University, “Everyday Pieties: Negotiating Islam and the Economy in Amman, Jordan,” grew out of two years of field work in Jordan. For her master’s degree she conducted research in Cairo with a non-governmental organization to explore definitions of success for micro-finance projects. Living in three Muslim countries has given her insights into the intersection of religion, the economy and gender.

Sarah grew up on a farm in North Dakota and arrived at Westmont as a Consortium visitor from Bethel College. She decided to transfer and majored in English. Participating in Potter’s Clay awakened an interest in travel and attending a conference on cultural diversity with fellow resident assistants exposed her to fundamental differences among people.“I remember Professor Mary Docter being moved to tears as she spoke in chapel about her spiritual journey,” Sarah says.“Those moments of seeing personal questions become lifelong endeavors helped me understand I could find meaningful answers to questions through academic study. I want to offer the same insight to my students.”

Sarah is doing post-doctoral work at Wheaton College in Massachusetts and teaching classes there. Her projects include adapting her dissertation into a book, editing a volume on anthropological perspectives of Islamic banking and considering how Islamic symbols in advertising over the last century have become part of economic practice. She returns to Jordan this summer to examine the growing prominence of Islam in the public sphere. She also speaks about the Arab Spring in Jordan and works with an interdisciplinary, international team of researchers studying motivations for wearing a head scarf and the role of global Islam in shaping the practice of veiling.

Observing Islam in both the Middle East and in the United States leads Sarah to believe that Protestant values, such as individualism and an emphasis on personal piety, have shaped U.S. Islamic communities.“In Jordan, Muslims don’t turn to their imam with questions about personal piety or marriage counseling,” she says. “But pastoral care, an important aspect of Protestant churches, happens in the United States in Muslim and Jewish communities.”