Program is Dedicated to Educating Nurses

Westmont dedicated its new accelerated bachelor of science in nursing (ABSN) program, naming it Westmont Downtown | Grotenhuis Nursing on Oct. 14 at 26 West Anapamu Street. David Grotenhuis, an alumnus of the college, and his wife Anna were inspired to give generously to the program by Lady Leslie Ridley-Tree, who died earlier this month.

In its second semester, the 16-month nursing program has enrolled 28 students. The program is housed in downtown Santa Barbara just a few blocks from Cottage Hospital, which has partnered with the college in hopes of overcoming the region’s projected nursing shortfall.

Gayle D. Beebe, Westmont president, said he began considering the possibility of a nursing program following a conversation with Steven Fellows, former executive vice president and chief operating officer for Cottage Health, and his wife Denise, who has served on the Westmont Board of Advisors. 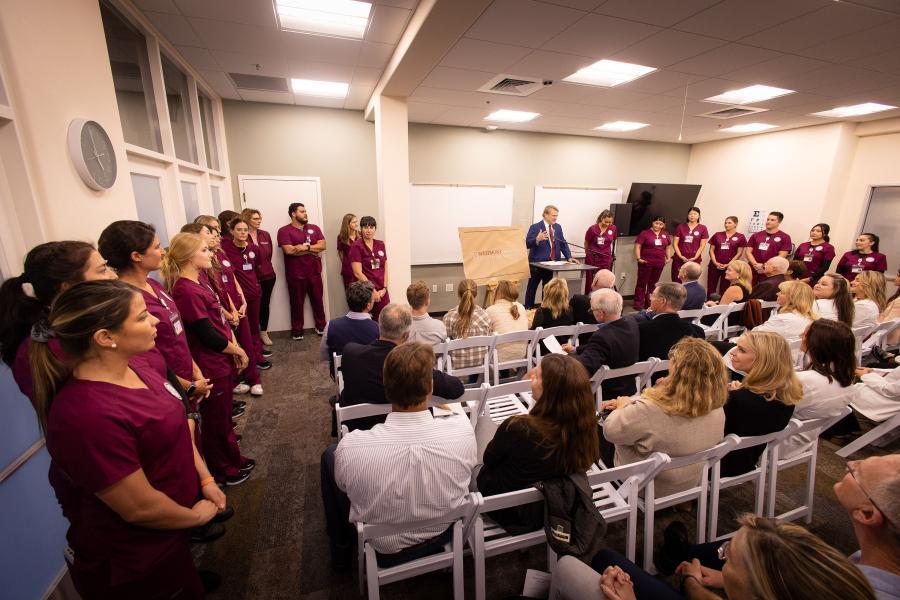 “I believed the college was at a pivotal moment in its history and that we needed to begin considering projects that would benefit the community and increase our presence in downtown Santa Barbara,” he said.

After mentioning the idea to Ridley-Tree, she committed to the project and arranged for a dinner with the Grotenhuises eight days later. “It was an invitation for them to say, ‘We love Cottage. We love Westmont and we would love to be a part of this,’” Beebe said. 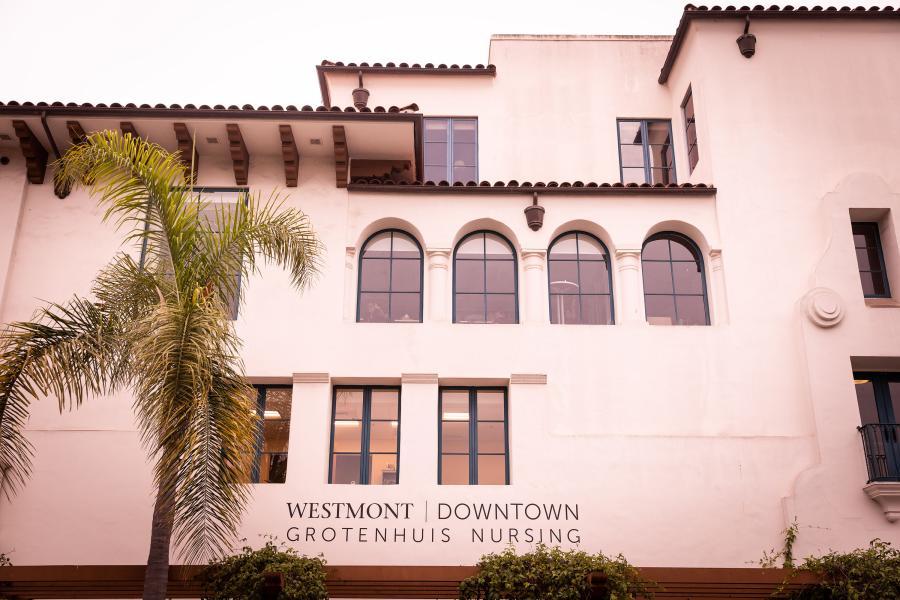 “We need nurses,” David said. “We're just delighted to be able to help. It was an easy, yes.”

“I am so grateful that we were able to do this,” Anna said. “We have to thank God that we are able. But we wouldn't be here without my dear friend Leslie.”

At the dedication, officials unveiled the building signage with the new name. The 28 nursing students received loud applause as they entered the room, modeling scrubs with the college seal on patches surrounded by the words Westmont Downtown | Grotenhuis Nursing.