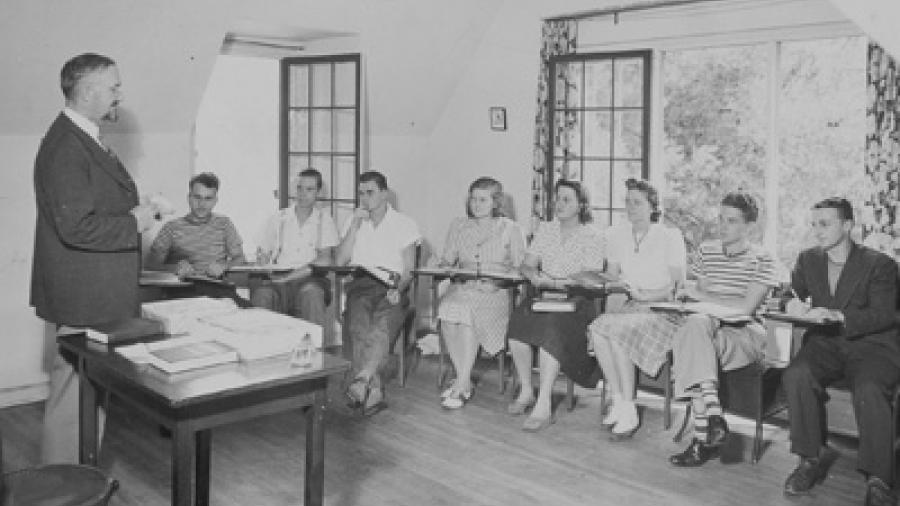 Seven years after its founding in 1937, the college sought a new location as the six-acre Los Angeles campus had quickly become overcrowded. The trustees looked for property with land and existing buildings; construction wasn’t an option in the early 1940s due to wartime shortages.

One site in Altadena, a former golf course with 115 acres, seemed ideal. But Los Angeles County had allocated $150,000 to buy the land for a park, and Altadena citizens were raising $25,000 of the $175,000 cost. Nevertheless, Westmont offered $200,000 for the property and bought it unconditionally. The college needed a zoning change to operate in a residential area, but the trustees didn’t think that would be a problem.

The first newspaper story about Westmont’s plans hinted at the storm to come. “The Altadena Golf Club property, subject of a long-heated controversy, won’t be turned into a county park after all … The 115-acre tract in the center of Altadena’s prime residential area has been ‘bought out from under’ the county and soon will become the campus of Westmont College…” (Aug. 25, 1944).

The articles grew more negative. The chair of a citizens association said that Westmont could always get another campus, but Altadenans couldn’t find another golf course. He questioned the college’s financial health and ability to maintain the property. A neighbor wrote, “The people who live in Altadena moved there and built there because of its atmosphere of being a beautiful, semi-suburban, exclusively residential community. Any action which jeopardizes this atmosphere affects the welfare and investments of several thousands of people.”

While voicing concern about college plans to expand to 1,000 students and the resulting increase in traffic and noise, a letter to the editor mentioned an issue that may have fueled opposition. “Another factor is the college being interdenominational means that all classes, races and creeds can come here to school.” In the 1940s, the golf course was in a white-only neighborhood. Did racial prejudice enter into the opposition to Westmont?

The Altadena Citizens Association soon announced its opposition to the zoning change. Other local organizations joined them. One article described Westmont as a “struggling” young college with no endowment. In an editorial, “Do Not Create Blighted Areas,” the writer claimed that increasing traffic in an area drove out “substantial citizens” and removed the pride of ownership.

One group lined up solidly behind Westmont: the local churches. Westmont paid for a full-page ad in the local papers to present its case, and the copy included a letter from eleven pastors who supported the college. But they were a lone voice. When the County Regional Planning Commission held a public hearing on the zoning change in January, 900 people attended. It was the greatest mass meeting in Altadena’s history. After three and one-half hours of testimony, the Commission asked for a vote: 700 people said no.

The Star News noted, “Altadena spoke its peace.” On January 31, they announced the commission’s decision in a banner headline: “Westmont Denied Golf Club Rezoning: Planning Commission Votes 8 to 1 Against Altadena Property Use.” An editorial suggested that Altadenans didn’t feel unfriendly to Westmont, “though there may have been grave doubts in many minds as to the need in this community of another relatively small college. The real issue, to which the community arose, was the integrity of zoning restrictions…”

The Westmont community was stunned. Where could they go? They were not going to compromise their vision and mission they knew God placed in their hearts. Soon it became clear that God had other — and much better — plans.

“We had prayed so earnestly about this location, and now it seemed as if every door was closed,” Mrs. Kerr later recalled. “But God had marvelous plans underway unbeknownst to us.” 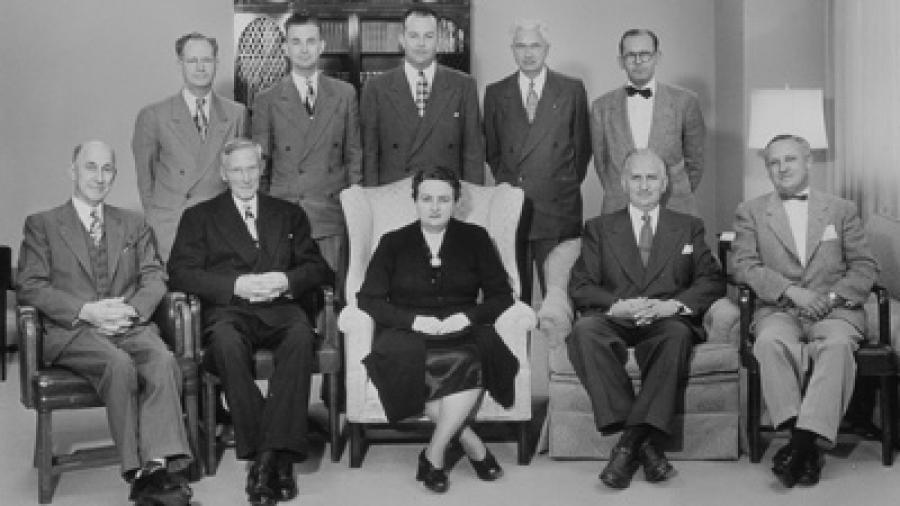 In August 1945, Mrs. Kerr drove to Santa Barbara to see the Arcady Estate on Sycamore Canyon Road. With 143 acres, a large home, an extensive lemon grove, a pipe organ and two swimming pools, it seemed ideal. But the owners wanted $300,000.

Then she visited nearby Rancho El Tejado, the Holland estate. As she drove through the gates, Mrs. Kerr said the Lord whispered, “This is the place I have chosen for you.” The Hollands asked only $125,000 for their Mediterranean-style mansion and 125 acres. The trustees voted to purchase it.

Mrs. Kerr described the property enthusiastically. “This beautiful place had botanical gardens, a fruit orchard . . . a pine forest, water lily pools, fern dells, truck gardens, building sites galore . . . and the most beautiful home we had ever seen . . . . The living room walls were paneled in mahogany, the dining room in oak, the library in walnut, all hand-adzed. All bathrooms had marble floors with gold swan fixtures. There was . . . a completely equipped kitchen . . . and a gorgeous crystal chandelier . . .”

The college leased a grammar school on Alameda Padre Serra (now part of Brooks Institute) for a women’s dorm. Ruth McCreery, dean of women, recalls putting 40 beds in each room. “I wondered what the students and parents would think, but I never heard one word of complaint,” she said. The college soon purchased better housing: Emerson Hall, a 40-acre estate on Ashley Road.

Neighbors provided living space for the men. “Mr. and Mrs. Klinger came to us voluntarily and offered us their estate at a figure that required only a small down payment with liberal terms on the balance,” Mrs. Kerr recalled. “They stated they had observed our students closely . . . and because of their high caliber felt they were a real asset to the community.” The Klingers’ home became Catherwood Hall until the Coyote Fire destroyed it in 1964.

Santa Barbara turned out to be a much more desirable location than Altadena, and Rancho El Tejado created a charming setting for a college. Westmont has lovingly preserved features of the estate: gardens, pine forest, lily ponds, fern dells and stone bridges.

Today it’s easy to trace God’s hand in the Altadena crisis. But the people who lived through it survived on faith. They were convinced of things they couldn’t see, and they trusted in God’s faithfulness. The Westmont we know grew out of their prayers and hope. 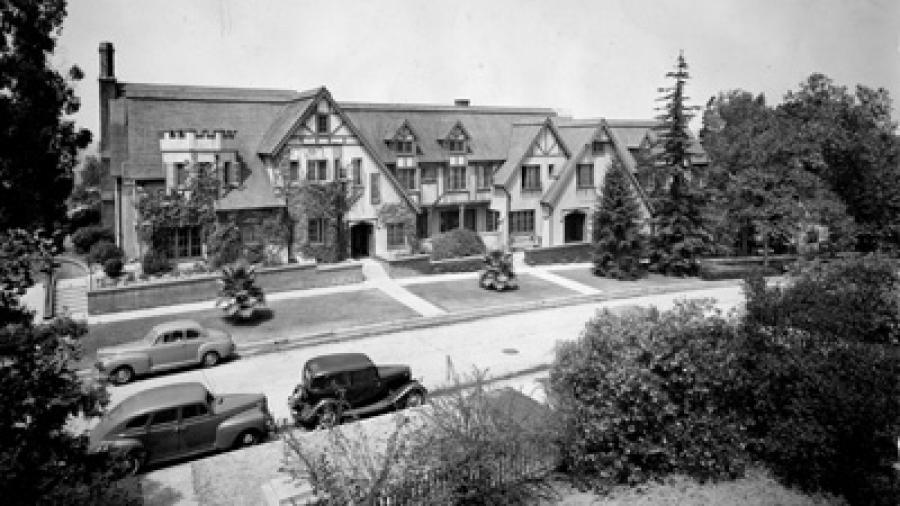 As it did in 1937, Westmont continues to educate the whole person, and all persons, transforming students for a lifetime of service in a variety of careers worldwide, equipping them with the knowledge, skills and heart to meet the great and pressing needs of our time.

Read more on the history of Westmont and its long-standing commitment to educating students from all walks of faith.