Westmont Magazine Westmont Revises the Seal and Unifies Its Identity

Westmont has adopted an updated seal and a new unified identity system to better communicate its mission and character and increase recognition of the college. The new graphic elements will create greater consistency across all materials. 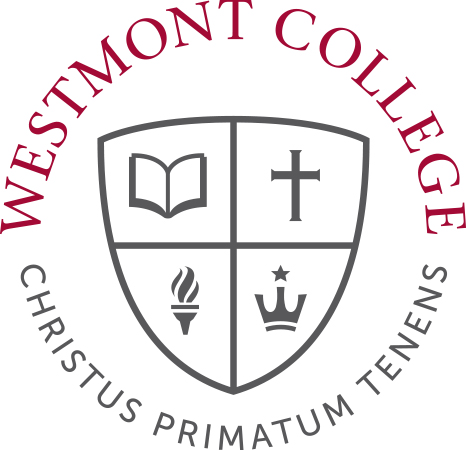 The seal (above) will appear on official communications and be used for formal occasions. The revision makes the elements stronger and more distinctive. The open Bible shows the source of our authority in faith and practice and the active learning of a rigorous Westmont education. A torch replaces the lamp to better reflect knowledge lighting both the mind and the spirit. Using a single cross instead of three crosses emphasizes the saving death of Christ. The simplified crown includes three points to represent the Trinity. The crown symbolizes the lordship of Christ and the star recalls the incarnation. The motto, Christus primatum Tenens, Christ holding prominence, comes from Colossians 1:18. The traditional typeface in Westmont College and the modern font of the motto reflect a dual commitment to continuing the college’s heritage and embracing its future.

The new primary signature (above) will identify all academic and co-curricular offices, departments and programs involved in carrying out the college’s core mission. It will become Westmont’s most commonly used logo. Individual departments will adopt a variation of this signature.

A few college-related entities focused on off-campus constituencies, such as the Westmont Ridley-Tree Museum of Art (above), the Wallace Emerson Society and the Gaede Institute for the Liberal Arts, will use an icon related to the revised seal that includes one of the elements or reflects the four-quadrant design.

Westmont is phasing in the system and will adopt it exclusively in 2015.