Westmont’s popular Lead Where You Stand conference returns virtually in 2021 with keynote speakers David Brooks, Erin Meyer, Gayle D. Beebe, Marcus “Goodie” Goodloe and Lisa DeBoer, who will share insights on effective and purposeful leadership. The event, canceled last year due to the pandemic, will be available online June 18 for $99 at westmont.edu/lead.

The Mosher Center for Moral and Ethical Leadership, the Brittingham Family Foundation and the Montecito Institute sponsor the event, which launched in 2015.

“As a leader, how do you build an organization that both succeeds and makes an enduring impact on society?” asks Beebe, Westmont president and author of "The Shaping of an Effective Leader." "At Lead Where You Stand, we'll hear from world-class speakers who will inspire us to lead well and pursue the greater good. Whether you’re from the business world, a non-profit organization or the government, you’ll gain valuable new insights and skills.” 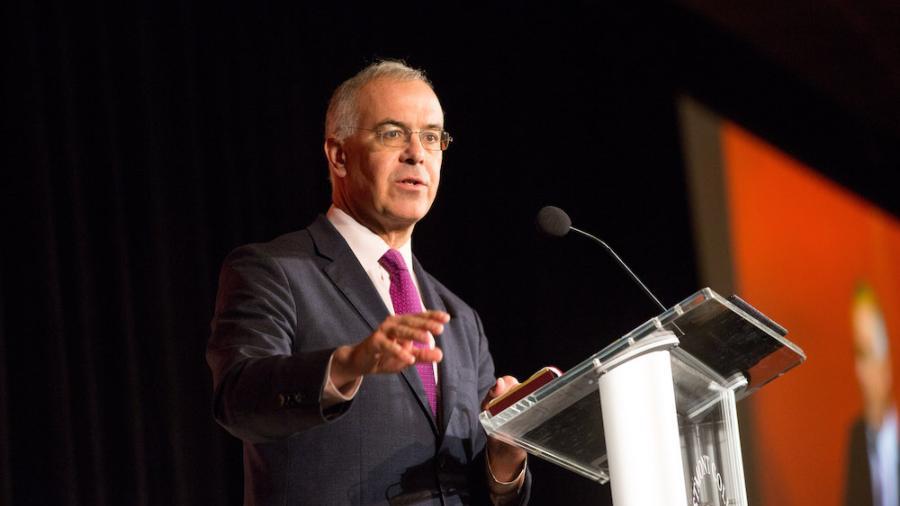 Brooks, New York Times columnist and author of the bestselling book “The Road to Character,” is one of America’s most prominent political and social commentators. His most recent book, “The Second Mountain: The Quest for a Moral Life,” quickly became a New York Times Bestseller. He writes a bi-weekly op-ed column for the New York Times and regularly appears on PBS News Hour and National Public Radio’s All Things Considered. A regular visitor to campus, Brooks spoke at Westmont Commencement in 2015, President's Breakfast 2016 and will headline his fourth "Day with David" at the 2021 Lead Where You Stand Conference.

Meyer, author of “The Culture Map: Breaking Through the Invisible Boundaries of Global Business,” returns to the conference after speaking at Lead Where You Stand in 2019. Based in Paris, she is a professor at INSEAD, an international business school with campuses in France, Singapore and Abu Dhabi. She analyzes how national cultural differences impact business and speaks about cross-cultural management and global teamwork.

Beebe, Westmont president since 2007, has spent more than a quarter-century in higher education. He has authored or edited 10 books, including “Longing for God: Seven Paths of Christian Devotion,” and more than 40 articles. Leading unprecedented growth at Westmont while facing significant challenges, he has loved attracting new resources to build out the campus, developing new academic and co-curricular programs and pursuing the next horizon.

Goodloe, senior fellow for ethics and justice at Dallas Baptist University’s Institute for Global Engagement, will speak about “Holding Court with the King: Leadership Lessons from the Life and Times of Martin Luther King Jr.” He is author of the book “King Maker: Applying Dr. Martin Luther King Jr.’s Leadership Lessons in Working with Athletes and Entertainers,” and co-author of “Habits: Six Steps to the Art of Influence.” Since 2015, he has been president of Dream Life Loud LLC, which consults with business and educational leaders on matters of leadership, team synergy, character formation, and strategic planning.

DeBoer, winner of the 2016 Lilly Fellows Program’s Arlin G. Meyer Prize for academic non-fiction, will speak about “Imagining the Room where it Happens: Site-Specific Art and Ideas of Leadership.” As professor of art at Westmont, she specializes in visual arts and Christian worship as well as 16th and 17th century Dutch and Flemish art. Her latest research explores the role of images in authorizing news and history in the Low Countries during the Eighty Years’ War. She has received numerous fellowships, including a Javits and a Fulbright.