“To receive a prize named for Plantinga is a tremendous honor,” Vander Laan says. “As his former student and a beneficiary of his work, it’s incredibly meaningful to me.” 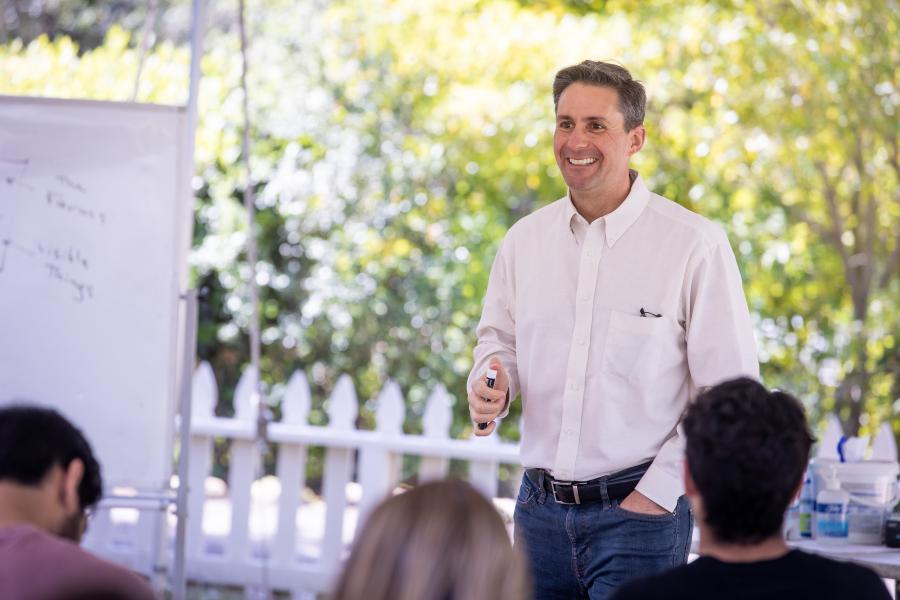 The prize, which includes a $10,000 award, recognizes Vander Laan’s forthcoming paper “Satisfaction in the End without End,” to be published in Oxford Studies in Philosophy of Religion.

The paper, which follows up on Vander Laan’s earlier “The Paradox of the End without End” (Faith and Philosophy, 2018), examines the historically popular view that human life is aimed at a single, highest attainable good (the final telos) that quenches all desire. From this standpoint, a life of everlasting growth and progress might seem to be incomplete since it’s forever partial or unsatisfying; the desire for future goods always remains.

“I argue that, on the contrary, everlasting progress need not be subjectively or objectively deficient, and in fact must be more satisfying than any static good to temporal beings such as ourselves,” Vander Laan says.

He says that Plantinga, who took on important topics like the problem of evil and the rationality of belief in God, brought greater clarity and precision to them than he ever would have expected. “His work is part of what inspired me to study philosophy in college,” he says. “Later, I found that he was not only an incisive thinker but also an affable and jovial soul who generously provided help and encouragement to younger philosophers like myself. I’m grateful to him.”

Vander Laan graduated from Calvin University, earned a doctorate at the University of Notre Dame and joined the philosophy faculty at Westmont in 2000.

He created Raft & Scupper, a two-player strategy game with a pirate theme.