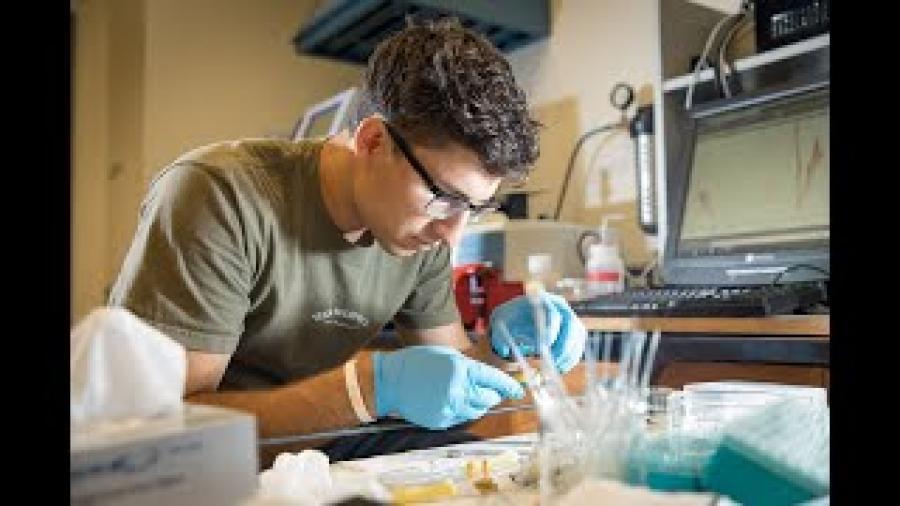 Dig deeper into the natural world as you explore living systems and human life in the lab and the field.

Work closely with Christian professors who introduce you to creative and rigorous scientific investigation in a classroom that includes the mountains, the coast and the Channel Islands. Through coursework and independent research, you learn laboratory techniques and field methods. You may even conduct advanced research with faculty and fellow students. Professors integrate biology and faith and discuss issues related to science, ethics and culture. Rigorous study combined with personal attention prepares you for rewarding and challenging work in the lab and the environmental, biotech and health fields.

The biology department offers three options leading to a bachelor of science degree in biology—a general track providing a comprehensive introduction to all areas of biology, a more specialized track emphasizing cellular and molecular biology and a track emphasizing environmental biology and natural history. Each track is comprised of lower-division courses in biology, mathematics, and physical sciences, plus a variety of required and elective upper-division courses.

The bachelor of arts major in biology consists of lower- and upper-division course work in biology and supporting physical sciences and mathematics. The program is designed for students who wish to obtain a strong preparation in biology, while also obtaining a broader exposure to courses outside the major than is generally possible with a bachelor of science degree.  See requirements here.

Biology majors may also be interested in completing an interdisciplinary Environmental Studies minor.  Up to two upper-division qualifying Biology courses can be applied to the minor. 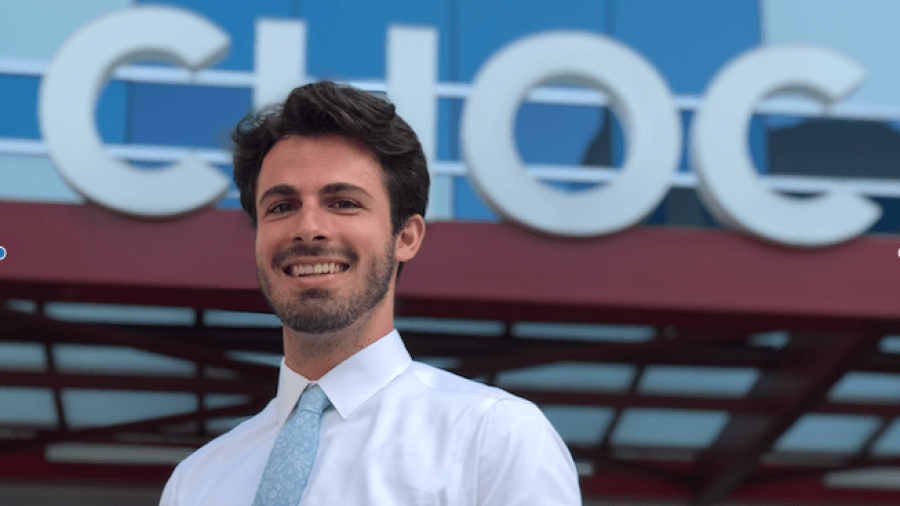 She studies the evolutionary ecology of reptiles

In February Westmont was pleased to host "HerpFest 2020."

HerpFest is a regional gathering of professional herpetologists and students who meet annually to present their work and create a network of support for research on reptiles and amphibians in southern California.

Beth Horvath has now seen the publication of her large monograph on Gorgonian corals. It was published by ZooKeys as a Special Issue, #860, comprised of three separate articles in the one issue, and went public and on-line on July 4th—a unique form of Independence Day! As a result of this work, Beth will also be listed as a co-author on the 2019 revised NOAA West Coast Deep-Sea species list, which should be out sometime this spring.

Lab Coordinator Nick Taylor has been testing out motion-detector trail cameras on campus to collect preliminary data that will be useful for independent student research projects.  So far he's captured a number of mammals on film, including striped skunk, raccoon, possum, gray foxes, and California ground squirrel.  One camera even caught an owl in flight--most likely a great horned owl, which are commonly heard on campus at night.

In 2018, Dr. Amanda Sparkman published three papers featuring a total of eight student authors who made major contributions to the research while working in her lab.  These papers focus on the evolution of small body sizes in Channel Island reptiles, developmental phenology of wild Sierra Nevada garter snakes as revealed by field-portable ultrasound, and changes in western fence lizards living on college campuses (including Westmont).  For more details, go here.

Amanda Sparkman collaborates with biologists from Iowa State University and Penn State on an NSF grant, “Integrated Physiological, Genetic, and Demographic Responses to Long-Term Habitat Change.” They study garter snake populations in the Sierra Nevada Mountains, and the grant includes summer research fellowships for two Westmont students every year through 2020.

Talks Focus on Science and Faith

Jeff Schloss spoke on “Cooperation and Survival in Evolutionary Biology” for Faraday Institute of Science and Religion at Cambridge University. He gave the opening and closing plenary lectures on “Evolutionary Explanations of Morality: Implications for Moral Realism” and “Red in Tooth and Claw?: Evolution and the Problem of Natural Evil” for national meetings of the Wesleyan Theological Society at Point Loma University. Jeff also led a seminar on “Beyond the ‘Or Wars’: Epistemological Conflict in the Battles Over Evolution” for the James Barrett Lecture Series in Humanistic Anthropology and the Public Discourse Project at the Humanities Institute of the University of Connecticut.

See career paths for graduates who majored or minored in biology at Westmont.

Aaron Barnes ’12 has graduated from Dartmouth Medical School and will stay at the school for his residency in vascular surgery.

Brothers Ben ’15 and Jake West ’14 are both medical students at Loma Linda University.

Aaron Wilk ’16 graduated with a triple major in chemistry, biology and music. An outstanding concert pianist, he conducted scientific research with Westmont professors. Currently, he is in an M.D./Ph.D. program at Stanford University. The eight-year program will prepare him for a career as a physician/scientist.

A specialist in the narrow field of radiation oncology, David Bush ’86 treats cancer patients from around the country. He works as a physician and professor at Loma Linda University Medical Center in Loma Linda, Calif., which has pioneered the promising technology of proton radiation therapy. He contributes valuable research about this form of treatment, seeking ways to help heal people with cancer.

Mary Elizabeth Heard '18 is working on a social enterprise, working with women, that she started in a small southern village in India.  She is also researching different sustainable agricultural methods that have been used to create job opportunities for village people there.  She has spent time in Dehradun where an organization is doing research on how sustainable farming can alleviate poverty.  She plans to intern with this organization in 2019.

Macy Gipson ’19 is enrolled in pharmacy school at USC to earn her doctorate in Pharmacology over the next four years.   She is concurrently working on her Ph.D. in pharmacogenetics, which will take an additional three years, so she can practice as both a pharmacist and a scientist.