Putting Mental Training to the Test

By the time Nicklas runs into Westmont’s Human Performance Lab, he’s already exhausted. The middle-aged man is breathing heavily and sweating profusely as Timothy Van Haitsma, associate professor of kinesiology, and senior Damien Ureste place electrodes on his body and insert a plastic tube into his mouth.

Then Nicklas jumps on a treadmill and runs at full tilt. Periodically, Ureste asks Nicklas about his pain and fatigue levels, and Nicklas responds by moaning and pointing to a chart on the treadmill while continuing to run hooked up to monitors that record his oxygen consumption and heart rate.

Nicklas controls the speed of the treadmill while running a 1.5- mile time trial, not a particularly long distance, but he ran on the track for 90 minutes before sprinting into the lab.

Nicklas has run this course for the second time in two weeks. But on this timed race, he benefits from knowledge he’s learned from a series of five-minute, mental training videos.

By pre-fatiguing his test subjects, Van Haitsma better evaluates how much a role mental training plays in an athlete’s performance.

“When we’re tired, we’re more negative about ourselves,” Van Haitsma says. “The self-talk in our brain changes to say we can’t do it.”

Nicklas, unlike other volunteer runners in a control group, has seen three videos from Stephen Gonzalez, a certified mental-performance consultant at Dartmouth College, which address self-talk and guide us to control what we can while offering visualization and breathing techniques.

“We are our own worst enemies,” Van Haitsma says. “We talk to ourselves non-stop and are self-deprecating and extremely negative. We default to restrictive thinking rather than giving ourselves the chance for possibility. It’s detrimental to our performance. So, by being aware of that, we’re able to rewire our brains and teach ourselves to have a more purposeful and productive outlook.” 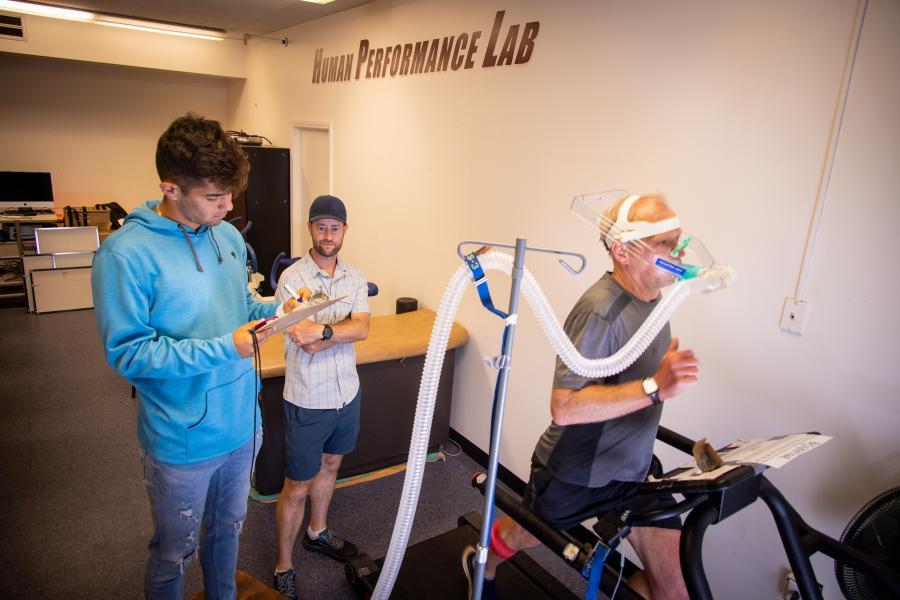 What magic occurs in Gonza­lez’s videos? The videos use the acronym PACER, which stands for preparation, attitude, con­centration, effort and response.

“This can help you set the pace or tone for a competition,” Van Haitsma says. “Preparation: You can control how much sleep you get the night before, what you eat, your equipment and your reaction to the temperature. Attitude: Show up and do the best you can and be positive. Concentration: Focus on the task at hand and don’t allow your mind to wander. Effort: Give 100 percent even if you only have 80 percent of your ability due to injury or illness. Response: You can control how you respond if things don’t go right. How will you respond if an umpire calls a ball a strike or a competitor sprints out in front of you? Are you going to use your self-talk strategies to buoy you back to where you need to be?

“Being focused on what you can control will boost your confidence, allowing you to give your best performance.”

Van Haitsma applies his study and knowledge of physical exertion in other ways. A June 2022 article for Outside magazine, “The Ethics of Thru-Hiking with Kids,” quoted him. He argued children’s bodies may not be able to manage ultra-marathon distances, and such extended endurance activities could damage several organ systems.