“Engineering is so hard you have to have fun,” said Dan Jensen, director of Westmont engineering, as small, remote control cars zipped along the road in front of Kerrwood Hall. On Dec. 6, students in Jensen’s Machine Design course raced their foot-long RC cars on a short, figure-eight racetrack as part of their coursework. 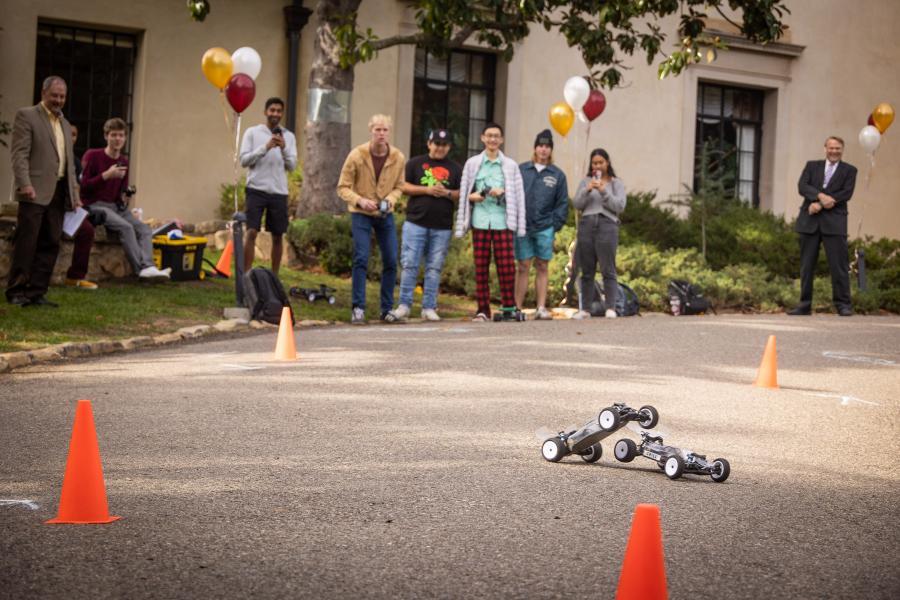 A few cars collided and went airborne, landing on their roofs, and one lost its tire. But when the dust settled, teammates Carlos Potrero and Josh Guinto emerged as the winners.

The event was even featured on NewsChannel 3-12.

“We’ve been practicing on our own time, and Josh is definitely the better driver,” Potrero said. “I am glad he was able to punish them.”

The students created the cars from kits with hundreds of parts. “It was very complicated,” Guinto said. “We got to build everything from the shocks to the tires, and we learned how it all works: the differential and slipper knots. Literally, we put every part on this car.” 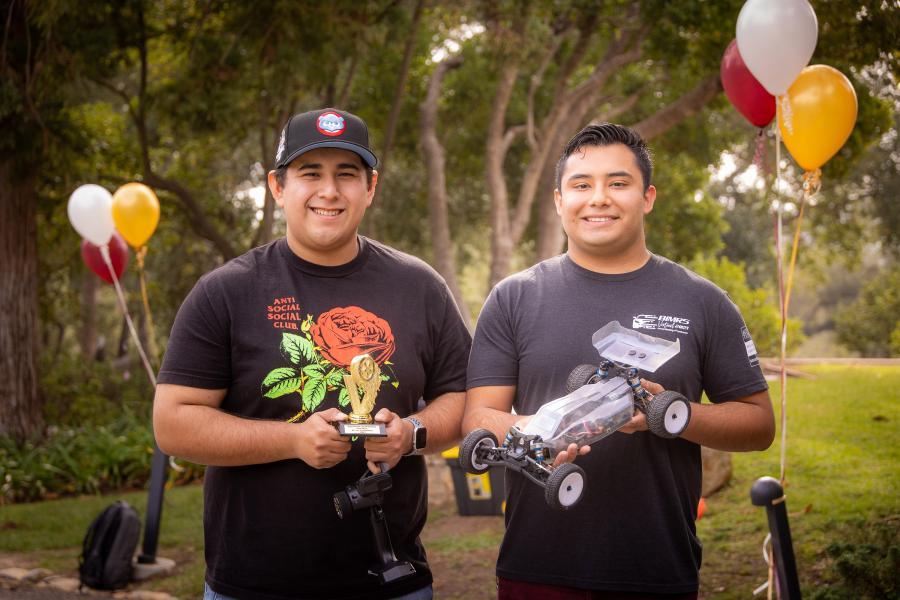 “It’s a challenge for them to manufacture the cars while learning about power transfer and suspension systems, but it’s a lot of fun,” Jensen said. “Every car worked, and that’s a huge accomplishment by itself. The manufacture of this complex system takes dozens of hours and uses parts not unlike a lot of automotive components in real cars. Our goal for today was to have everybody laugh and feel like they accomplished something significant.”

Now in its third year, the engineering program is gaining traction with about two dozen new students enrolling this fall. The first graduates will earn their bachelor’s degrees in engineering from Westmont in 2023.

Jensen, a senior fellow at the International Design Center at Singapore University of Technology and Design and MIT, joined the college in the fall to prepare adaptive engineers committed to blending science, engineering and the arts. He earned a doctorate in aerospace engineering from the University of Colorado at Boulder.