*7/1/20 - DUE TO COVID-19, ALL PROSPECT CAMPS AT WESTMONT COLLEGE HAVE BEEN CANCELLED.  ALL REGISTRATIONS WILL AUTOMATICALLY BE REFUNDED.

PLEASE DO NOT REGISTER.

THANK YOU FOR YOUR SUPPORT OF OUR ATHLETIC PROGRAM.

If you have any questions, please email Josh Priester at jpriester@westmont.edu.

Transportation: Recruits are welcome to be dropped off on campus.  If recruits need to travel in via train (Amtrak) or flight (Santa Barbara Airport), we are glad to arrange rides to and from campus.  Please contact Coach Smelley for more details.

REGISTRATION (click the link above):  Camp details will be sent via email after registration.

"When I arrived at the track at Westmont for the first time my eyes lit up. When you walk down the hill from campus to the track you get a sense of serenity as you look out over the perfectly groomed field towards the foothills and the ocean. It was like finding an oasis in a desert. The campus itself is a perfect little sanctuary tucked into the Montecito hills where I swear I could spend the rest of my life sitting under the oak trees." 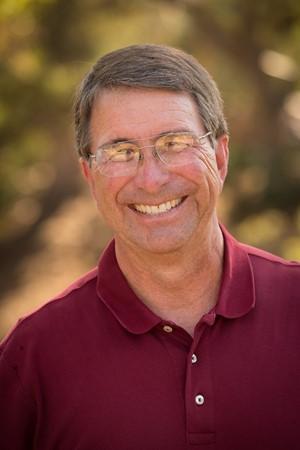 Asked to describe himself as a coach, Smelley replied, "Hopefully, I am a philosophically grounded, kinesiology based, coach so that there is reason and facts to support my coaching decisions. I seek to be a teacher who can convey hope and concern for the student-athlete as a person in all aspects of their lives."

The Westmont track and field teams have also been successful, with at least one athlete claiming NAIA All-American honors in 30 of the last 33 years, including 25 of the past 26 years. The men’s team has claimed six GSAC Championships while the women have earned three conference titles.

"I would like athletes to be able to compete at a higher level than they have before," continued Smelley. "In the four years they are at Westmont, I would like to see student-athletes maturing and coming to know themselves more realistically. I hope to challenge them to be culturally different in their discipline and in the affections, and to be emotionally healthy, strong, resilient individuals who can follow their dreams. By culturally different, I mean different than the milieu of their peer group – not tied to what their generation considers successes or important."

Besides his coaching duties, Smelley is a tenured professor in the Kinesiology Department. His classroom work earned him the distinction of being named "Teacher of the Year" in 1988 and again in 2002. Coach Smelley carries that quality of teaching over to his work with the Westmont cross country and track and field teams. He takes special pride in developing the potential of each individual athlete academically, athletically, and spiritually.

"Ultimately, it is important to help the students improve their self-image and confidence in order to enable them to become more self-reliant and thus reach their greatest potential," says Smelley. "This is development of the mind, body and spirit and it produces outstanding people who can succeed in academics, athletics and life."

Prior to coming to Westmont, Smelley earned a BA degree in English and Physical Education, and an MEd in Education at the University of Richmond where he was an All-American middle distance runner for the Spiders. He spent two years serving as head women’s cross country and track and field coach at Richmond, and as assistant men’s coach.

Smelley and his wife Allison are the parents of Travis, who is a Westmont alumnus, and of Alyssa who lost her battle with a brain tumor on July 4, 2006 at the age of 15. 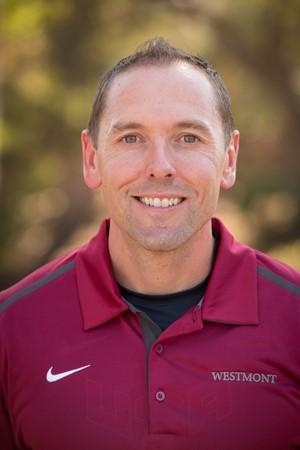 Josh Priester has served as an assistant coach with the Westmont College Track and Field since 2012. Priester coaches the Warriors’ combined events (heptathlon/decathlon) athletes and directs the sprints/hurdles training programs.

Through 2018, Westmont student-athletes under his leadership have produced 31 All-American performances, and claimed four national championships at the NAIA Indoor & Outdoor National Championships.

Westmont school records have been broken in both indoor & outdoor women’s heptathlon, high jump and long jump. In addition to his coaching duties, Priester assists in coordinating camps and clinics on campus as well serving as the Meet Director for both the Sam Adams & Jim Klein Combined Events Meets.

In addition to his work with the Warrior program, Priester serves as the Executive Director and Head Coach of the Santa Barbara Track Club (SBTC) at Westmont. The SBTC provides an opportunity for post-collegiate/professional athletes to continue training within the sport.

Since its formation in 2012-2013, the SBTC has been one of the most decorated track clubs in the United States. SBTC athletes have garnered three United States National Championships in the heptathlon, as well as 23 Top-10 USA finishes in both indoor and outdoor combined events. SBTC athletes have accumulated nine podium (top-three) finishes in USA National Championship competition.

In 2016, Barbara Nwaba became the first Team USA Olympian from the SBTC when she earned the title of “America’s Greatest Athlete” after winning the US Olympic Trials in Eugene. Nwaba went on to finish 12th in the Olympic Games in Rio de Janeiro. www.santabarbaratc.com

Prior to working at Westmont, Priester was the Associate Director of Track & Field at UC Santa Barbara (2008-2012). In this position, Priester worked with UCSB sprinters, hurdlers, jumpers & combined events athletes.

During Priester’s tenure at UCSB, he helped the program reach new heights in track & field, which culminated in a 2012 Big West Conference Championship and an NCAA 2nd place finisher in the women’s heptathlon which marked the highest finish by a Gaucho in the program’s history.

Priester holds a Bachelor of Science in Health and Human Performance from George Fox University (OR) and a Masters in Sports Management from the United States Sports Academy. He and his wife Nicole live in Carpinteria. 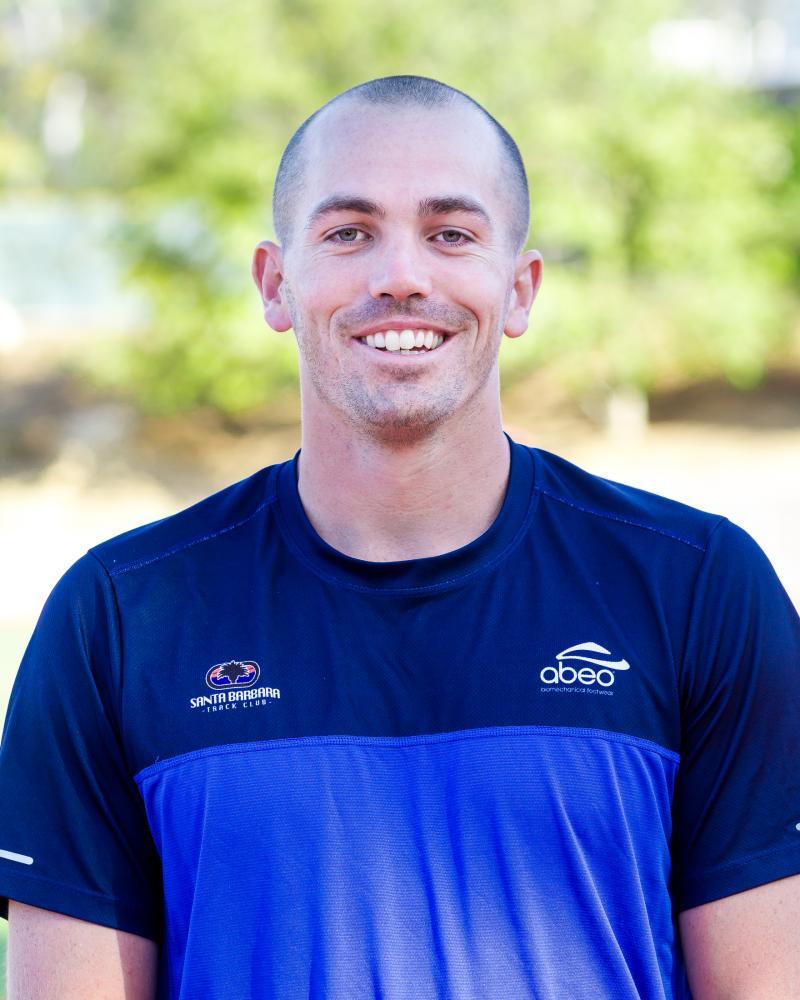 Tom FitzSimons has coached at Westmont since the Fall of 2014 and assists with the Pole Vault, Horizontal Jumps and Relays. The Pole Vaulters have reset the school record several times, while winning a national championship and achieving eight All-American honors in the last four years. The Men's 4 x 400m relay set the school record at 3:11.69 in 2019 and Men's 4 x 100m relay had two Top 10 Westmont performances, with a best of 41.45. At the GSAC Championships the men and women have swept the relays the last three years. Tom is a technician in all the events in which he coaches. His training program is followed diligently in his training groups, which has raised the program to a national level.

A native of Hamden, Connecticut, FitzSimons graduated from Mount St. Mary’s in 2011 and completed his MBA at The Mount in 2013. 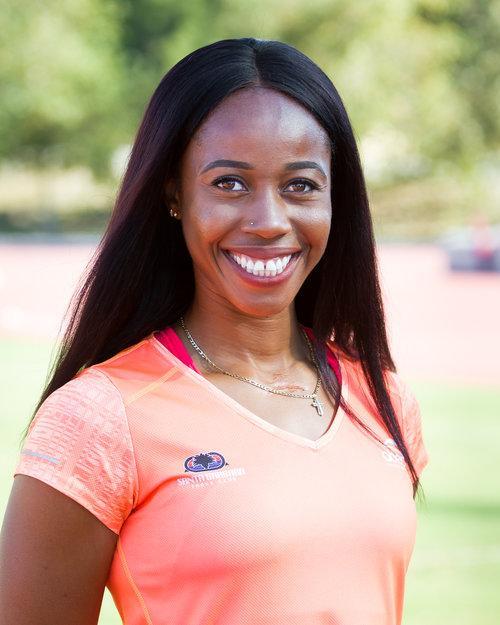 Barbara Nwaba is currently one of the top ranked heptathletes in the world with a personal best score of 6,500 points. Nwaba is the reigning USA Olympic Trials Champion in the women’s heptathlon (2016) and indoor pentathlon (2016). Nwaba represented the United States in Rio De Janeiro at the Olympic Games where she finished 12th. In the 2016 World Indoor Championship, she earned a 4th place finish, the highest finish by an American in nearly a decade.  Nwaba has been a member of the Westmont coaching staff and continues to train at the college with the Santa Barbara Track Club. Nwaba is a native of Los Angeles, California and graduated from the University of California, Santa Barbara in 2012.