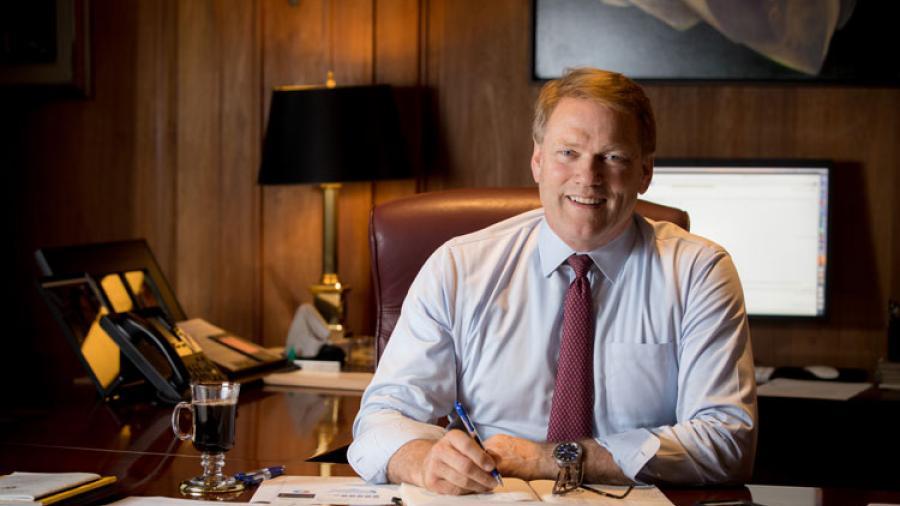 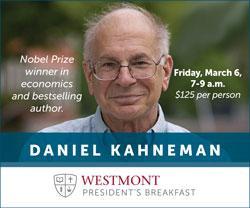 I look forward to hearing Daniel Kahneman speak at the 15th President’s Breakfast March 6. One of my favorite authors, he wrote the fascinating and groundbreaking book “Thinking, Fast and Slow,” which has made a profound impact on many fields, including economics, medicine and politics. We’re delighted to welcome this Nobel Laureate to Santa Barbara and to campus, where he’ll answer questions from a panel of students. Once again, the breakfast has sold out, and more than 700 people will arrive at the early hour of 7 a.m. for a hearty breakfast and an engaging talk.

Registration has opened for Lead Where You Stand June 3-5, our annual conference focused on developing transformational leadership. Keynote speakers David Brooks and Erin Meyer join me in returning to the event, and Geoffrey Moore makes his first visit to Westmont. The Mosher Center for Moral and Ethical Leadership, the Brittingham Family Foundation and the Montecito Institute sponsor the conference.

In my book “The Shaping of an Effective Leader,” I discuss building an organization that both succeeds and makes an enduring impact on society. The conference continues this conversation and offers new insights each year. We’re honored to hear from world-class speakers in an intimate environment who encourage us to lead well whether we work in the business world, at a non-profit organization or in a government agency.

David Brooks, a New York Times columnist and author of the bestselling books “The Road to Character” and “The Second Mountain: The Quest for a Moral Life,” makes his fourth appearance at the conference. His thoughtful, gracious comments inspire us and give us hope for our society. Erin Meyer, who wrote “The Culture Map: Breaking Through the Invisible Boundaries of Global Business,” explains how national cultural differences affect business and discusses cross-cultural management and global teamwork. Her passion, energy and intelligence make her a compelling speaker. Geoffrey Moore’s bestselling book “Crossing the Chasm” describes challenges start-up companies face as they move from early adopting to mainstream customers. He writes and speaks about the market dynamics of disruptive innovations. We’ll also hear from a number of Westmont professors and local leaders.

I hope you’ll consider joining us for a conference packed full with useful and engaging information. Read more and register on the conference website.

A basketball legend inspires women of all ages 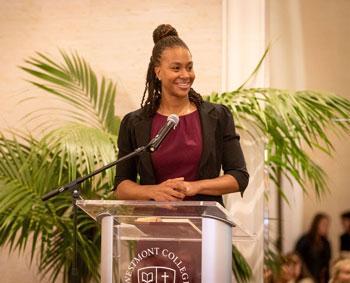 Women’s basketball star Tamika Catchings spoke at the fifth annual Westmont Women’s Leadership Luncheon in January and shared her inspiring personal story and strong Christian faith. Born with a hearing disability, she overcame injuries in her basketball career, won an NCAA National Championship, WNBA Championship and four Olympic Gold Medals, and is now the general manager of the Indiana Fever. She also founded the Catch the Stars Foundation to help underprivileged children reach their full potential in sports as well as academics. ESPN honored her with its first Humanitarian Award in 2015.

Kirsten Moore, head coach of our women’s basketball team and director of the Women’s Leadership Initiative, works with the Women’s Leadership Council to connect students with women in the local community who can mentor them and help them develop as leaders. Tamika reminded us of the value of seeing obstacles not as impediments but simply as opportunities that teach us how to persevere so we can leave a legacy of serving and living with purpose. Read more. 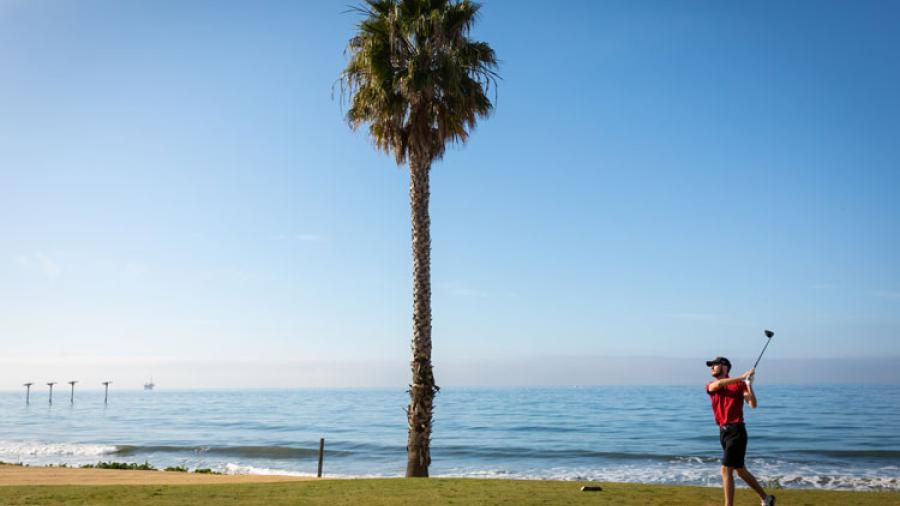 The Westmont men’s golf team won second place out of eight teams at the inaugural Westmont Invitational held at Sandpiper Golf Club February 24-25. Freshman Lorne Fishburn of Corrales, New Mexico, shot the best score of the third round and finished tied for second among individual golfers. Freshman Kat Bevill of Crystal Lake, Illinois, finished with the lowest score for the Westmont women’s team.

No. 15 Westmont baseball has been on a roll, winning an early season series from San Diego Christian, The Master’s and No. 14 William Jessup to start the season. The Warriors are two games ahead of Vanguard and Hope International in the GSAC standings.

The Golden State Athletic Conference has announced the 2019-20 All-GSAC Women's Basketball Team and four Warriors grace the list – senior Maud Ranger of Paris, France, junior Lauren Tsuneishi of Torrance, sophomore Iyree Jarrett of Whittier, and sophomore Stefanie Berberabe of Norwalk. In addition, Women's head coach Kirsten Moore is the GSAC Women's Basketball Coach of the Year for the sixth time in her 15-year tenure at Westmont. 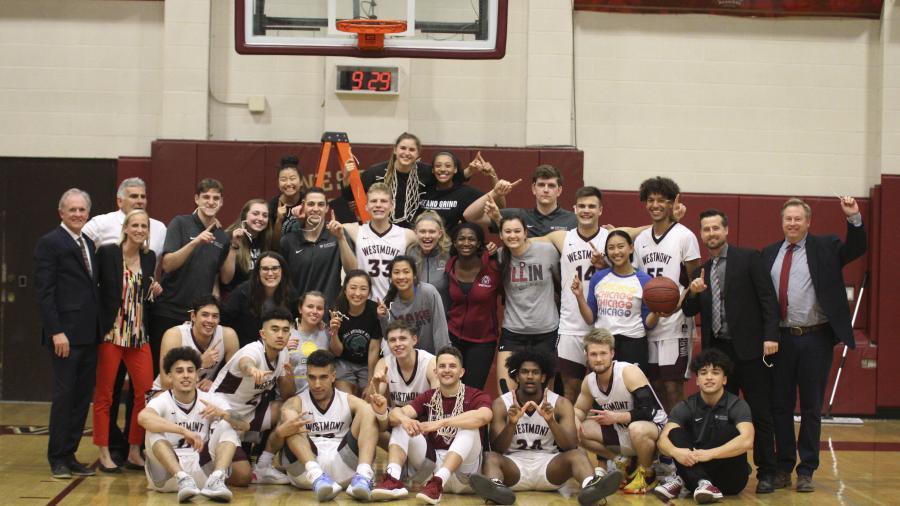 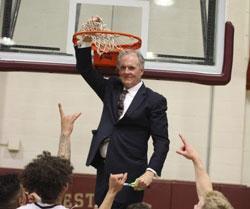 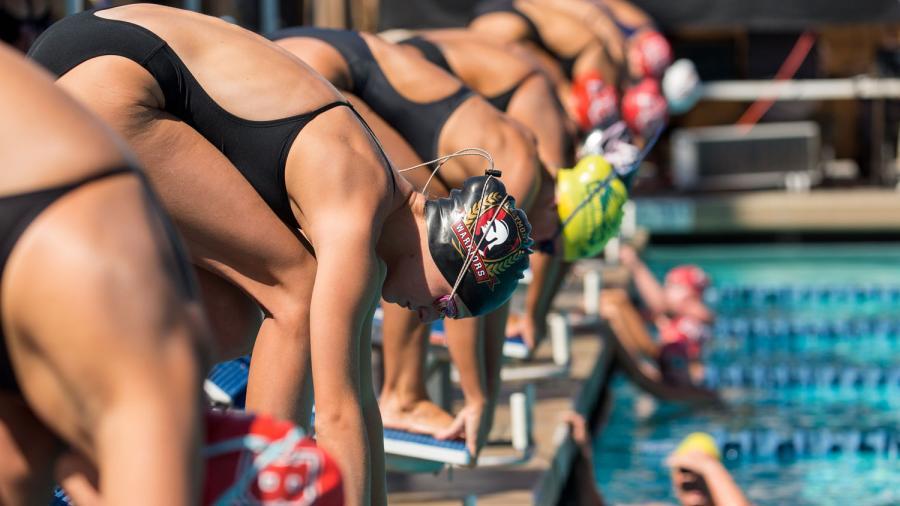 The women’s tennis team, ranked No. 14 (3-1 GSAC, 4-7 overall), rebounded from a 4-0 loss to No. 20 San Diego Christian on February 28 to beat Hope International 4-0 on February 29, both at home. The men’s tennis team (1-2 GSAC, 1-4 overall) dropped its two matches against No. 18 San Diego Christian and Hope International after winning it GSAC opener against Marymount.

Student musicians double down on opera 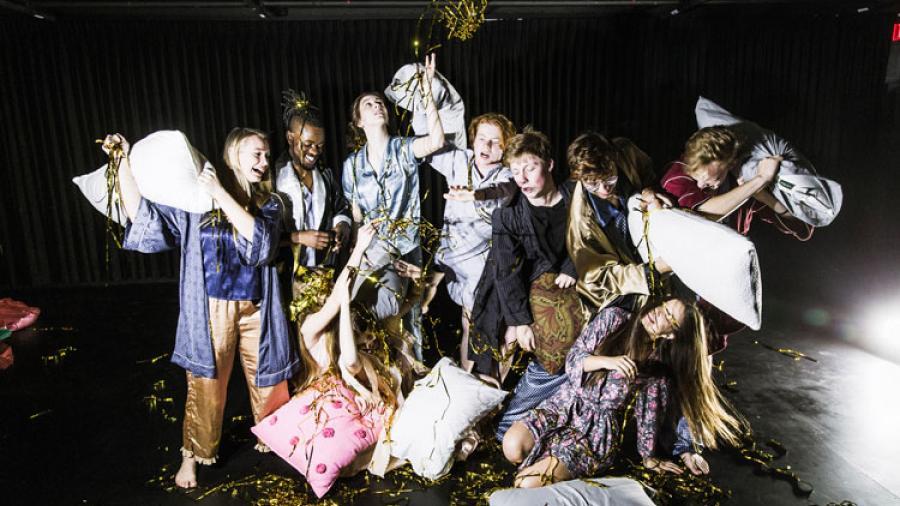 Michael Shasberger and John Blondell have collaborated once again, this year presenting two one-act Italian operas: Gioachino Rossini’s “The Marriage Contract” and Giaocomo Puccini’s “Gianni Schicchi.” John, professor of theater arts, directs the production, and Michael, Adams professor of music and worship, oversees the music. They’ve put together two of the most engaging comic, one-act operas from two of the greatest operatic composers of all time. The two professors previously presented highly entertaining productions of “The Magic Flute,” “Die Fledermaus” and “The Pirates of Penzance.” Our students shine on stage at the New Vic Theatre, a popular and beautiful downtown venue with impressive musical performances and benefit from the experience of tackling challenging material. 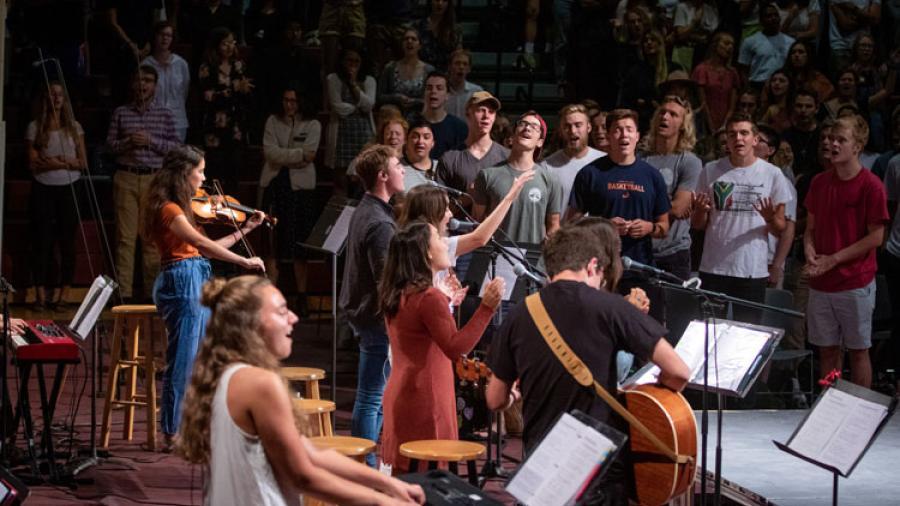 Our chapel program, which meets three days a week, exposes students to speakers from a variety of backgrounds and denominations who share the work of God in their lives. On a more personal level, Capax Dei places students in small groups led by faculty, staff and students, where they can study the Bible and practice the spiritual disciplines of prayer, stillness and listening. This year, spiritual formation leaders in each residence hall encourage students to grow in their faith, and a number of students serve as interns in local churches. We love to see students attending churches in the area.

We’re in the midst of a busy semester with students involved in a wide range of activities—from sports to the arts to service in the community—as well as their studies. We know that involvement outside the classroom enhances their learning and makes their college education deeper and more meaningful, so we seek to provide these experiences. We intentionally pursue our calling to blend rigorous academics with a deep love of God, and I’m encouraged to see our students embrace this mission as well. 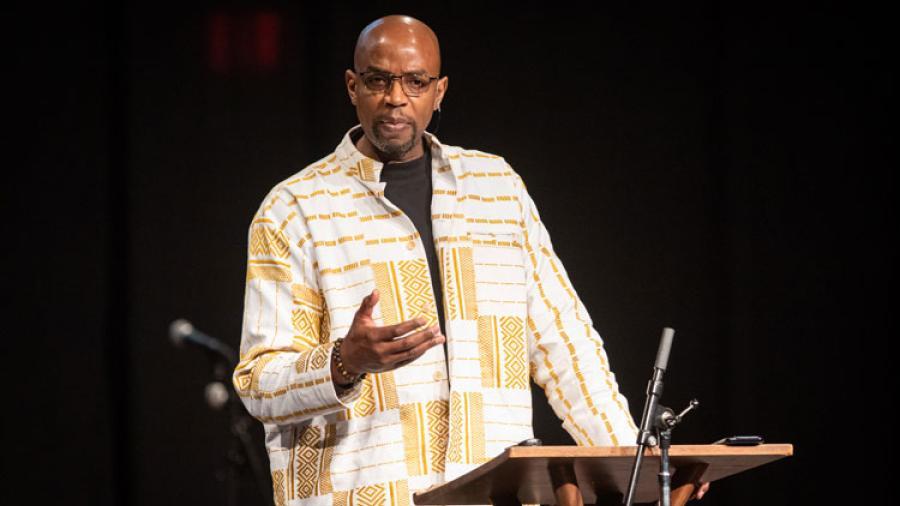 The Gaede Institute for the Liberal Arts held its 19th Annual Conversation on the Liberal Arts, “Still Dreaming: Race, Ethnicity and Liberal Arts Education” February 27-29 during Black History Month. Scholars from around the country joined the Westmont community for important and complex discussions about race to explore how the liberal arts can promote more inclusive teaching, scholarship and institutional practices and openly encourage transformational opportunities and human flourishing for all students, especially students of color. Up to 120 attended the plenary talks, and 77 participated in the various conversations. The plenary sessions included: “Racial Equity: Higher Education’s Unpaid Debt by Estela Bensimon of the University of Southern California; “Race, Ethnicity and Alterity: Lessons from the Study of Religion by Rudy Busto of U.C. Santa Barbara; and “Educated in Tyranny: An Institution Grappling with its Legacy of Slavery” by Louis P. Nelson of the University of Virginia. Westmont alumnus Reggie Williams ’95 of McCormick Theological Seminary delivered a special chapel address, “Christianity at the Door of No Return,” and spoke at the weekly Faculty Forum. Concurrent sessions featured a range of papers by scholars on topics related to the theme as well as reflections and presentations by Westmont students.