Earlier this month, the CATLab had the privilege of hosting the third annual Enabling Impact conference at Westmont College. This conference focused on Salesforce, artificial intelligence, and future technologies for higher education. Our speakers and attendees came from a wide range of companies, non-profits, and schools from around Southern California. The event’s intimate size made for focused discussions and quality connections. Most importantly, the conference provided a space for conversation, inspiring people to continue to seek innovation.

A little after 7 in the morning on August 8, people began to trickle into the GLC (Global Leadership Center). After breakfast and some opening statements from our director Zak, we spent the first part of the morning learning about how Salesforce can help higher ed institutions provide and curate communities online, thanks to lectures from USF and Appirio. Our second set of sessions focused on marketing, featuring stories from Pepperdine and Assemble. 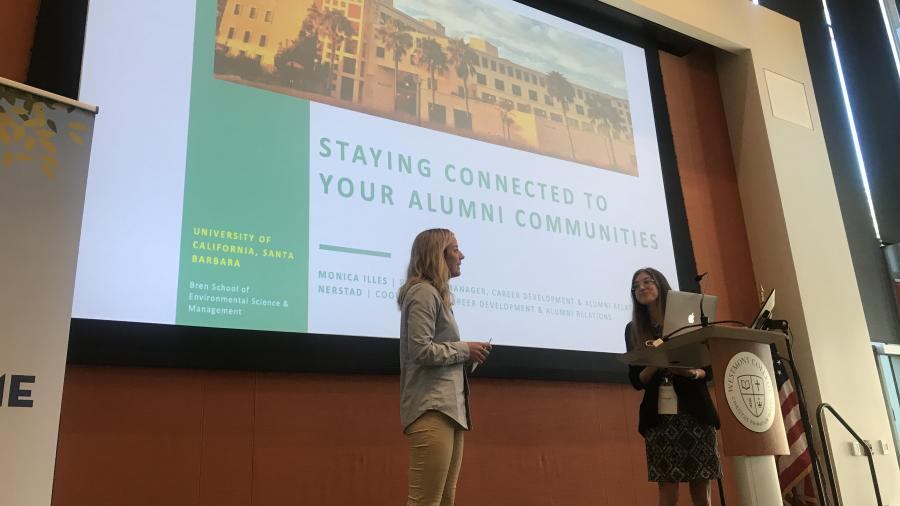 We took another 10-minute pause before the next set of speakers. The frequent breaks throughout the morning created space for attendees to mingle with each other, follow up with the speakers, and otherwise network. Later that morning, we got to see a demo of the Salesforce gift entry manager (GEM) and hear how UCSB is staying connected with its alumni through BrenConnect.

The size of our group plus the flexible facilities of GLC allowed us to squeeze in a couple of unscheduled sessions. For instance, a number of people interested in student success decided to have a roundtable discussion over lunch, which took place in an adjacent conference room. Another pair of speakers found that so many people approached them asking to see more that they pulled together a presentation and invited those who were interested to move next door for an impromptu demo. Enabling Impact kindled an enthusiasm for sharing and learning that couldn’t be contained within the lectures.

In the afternoon, we had a panel on “Innovating in a Legacy Organization,” in which we heard from both SBCC and UCSB. After that, Olivia, our social media manager, shared her journey of using Marketing Cloud to create the email campaign for our events this summer. She then passed the session on to John Osgood from Salesforce, who talked more about Marketing Cloud. Kimberlee, one of our developers, gave a talk on her work with Salesforce analytics. 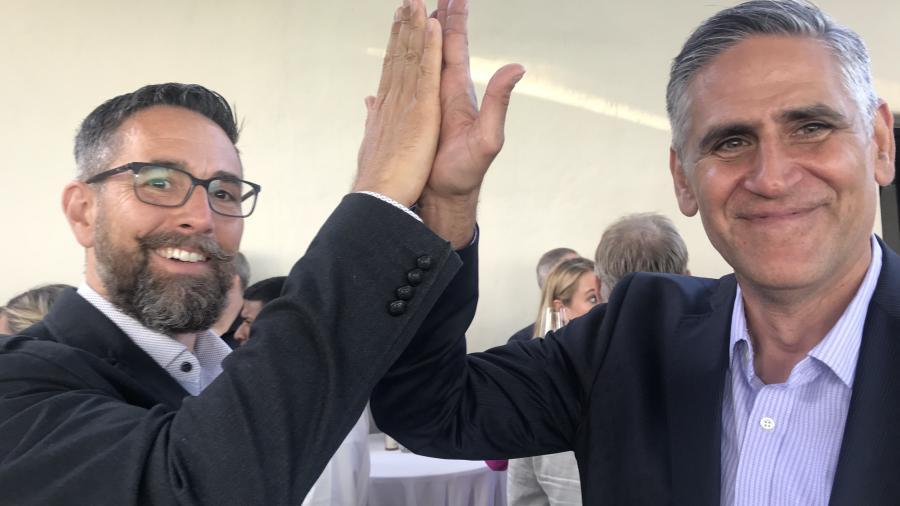 It was incredibly fun to watch people make or renew connections, whether that meant a lengthy conversation over lunch, a high five in passing, or a group selfie. It was especially great that we as students weren’t patronized, but taken seriously and invited to participate in significant conversations.

On Friday, Phil Komarny gave the keynote address on “Platform and Not Product: the Future of Higher Education,” which really helped to frame the goal of the entire conference. He kept bringing up what he believes is the key to successful innovation: the ability to have conversations.

As VP of Innovation at Salesforce, he likes to think of the job CIO as “Conductor of an Information Orchestra”—making sure everyone is contributing appropriately to build something beautiful. He talked about one innovation attempt that had failed because “we couldn’t have the conversations, couldn’t build that language together.” The key, then, is to “have a culture to do it together.” Monique Snowden shared a similar sentiment in her closing comments of the panel that afternoon, “If you want to be innovative, do NOT create an innovation committee!” In other words, don’t restrict “innovation” to a cloistered cluster of individuals—make sure everyone is involved in the conversation. Luckily, expanding the conversation is exactly what conferences like Enabling Impact do! 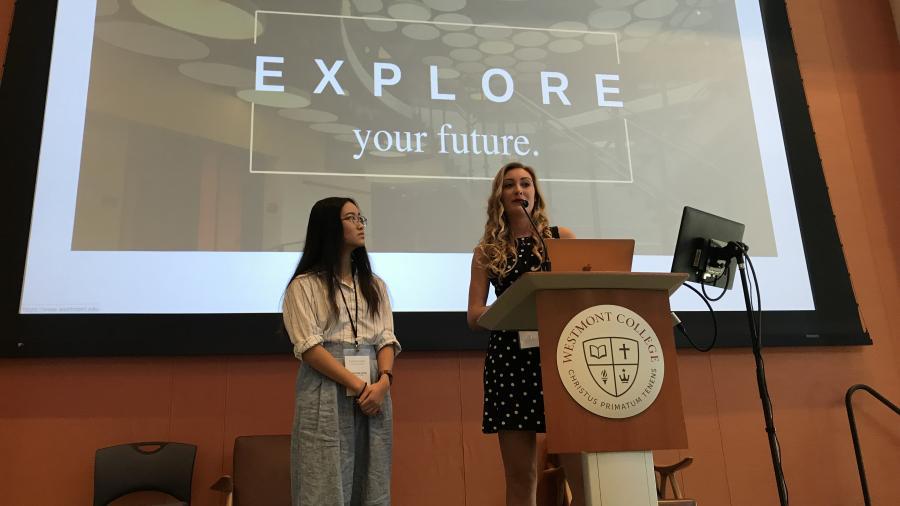 Later on Friday morning, the CATLab presented some of the things we built this summer, including our application-review page and the brand-new student portal we’ve been building in Salesforce Communities. After hearing about AI in Fundraising from Adam Martel of Gravyty and Kaylee, one of our developers, we rounded off the conference a panel on Furthering the Reach of Higher Ed. The panel speakers included Phil, Kaylee, Adam, and Monique Snowden.

When asked for final pieces of advice, Monique said, “Create space for play.” Adam talked about the importance of having a “liberal arts” approach to technology and making sure people know how to apply things, not just build them. Kaylee encouraged us to become lifelong learners and also exhorted the crowd to believe and invest in students. Phil challenged us to think about if technology is beneficial, not just if it's possible—echoing the idea from his keynote that “it’s not about the technology, but the humans who will use it.” Once the panel wrapped up, Reed made some closing remarks and Zak ended the conference with a call to be authentic, curious, and committed. 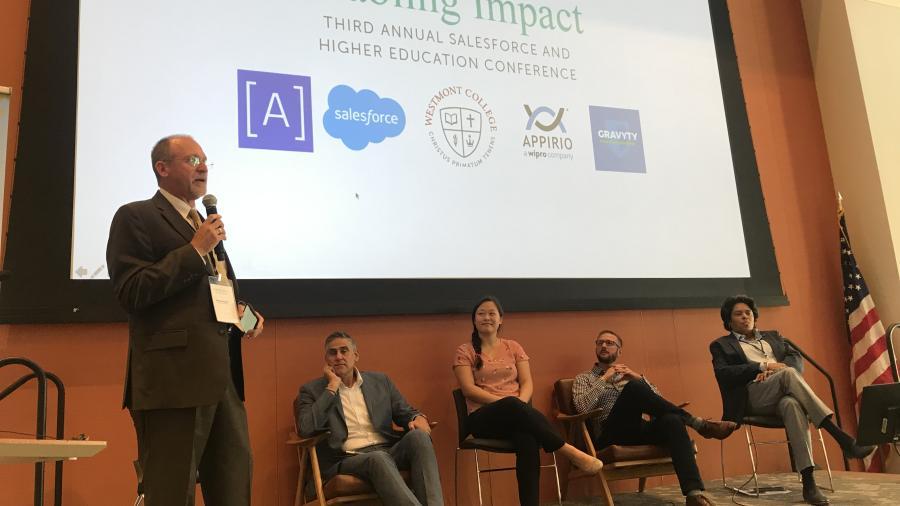 By the end of the conference, everyone had at least one lecture or demo that had caught their interest, and we all left inspired by what we had seen and heard. One attendee said that Enabling Impact was “one of the best and most applicable conferences I’ve attended”; someone else remarked that the conference was “getting better every year!”

We were especially glad that people seemed genuinely excited about what we’re doing here at the CATLab. A few schools are even thinking about hiring students to do similar things, and they’re calling it the “Westmont model.”  Lee Dukes, who talked about USF’s Center for Academic and Student Achievement (CASA) on Thursday morning, mentioned in a later conversation about bias and analytics that he “liked that in this [conference] they mentioned the student voice should play a part in this too.”

After the conference, Dante, our team lead, wrote: “I could not be more proud of the progress the whole team has made over just a brief 15 weeks. It is a true testament to the power of driven students and staff as well as the incredible simplicity and power of the Salesforce platform.” Phil Komarny wrote a lovely post on LinkedIn about the conference, saying “What I saw there is pure brilliance… [H]igher education is struggling to evolve their systems… Westmont has a beautiful answer to this very troubling question.”

We’re delighted to have hosted a very successful conference, and we hope to keep the conversation and innovation going! We’d love to see you next year!

To download slides from the conference presentations, visit our event page. 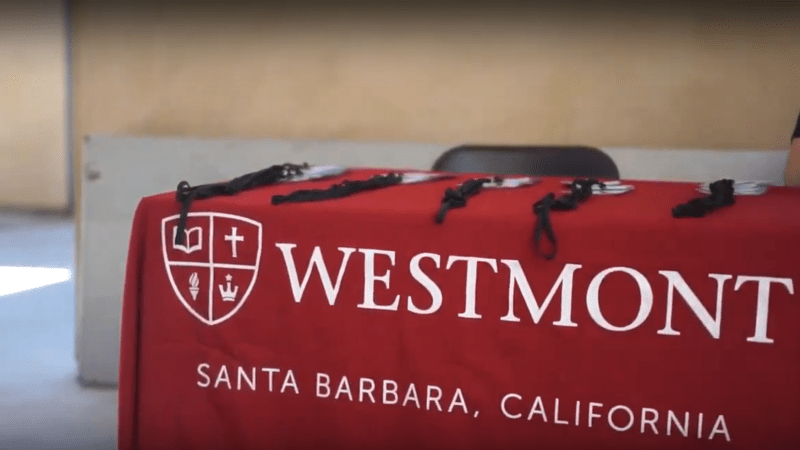 To see what the CATLab will get up to during the school year, follow our social media.