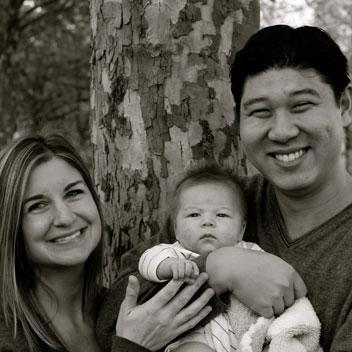 Garrett Fujiwara ’06 majored in both social science and economics and business. After graduating, he held various positions with Automotive Lease Guide while co-founding Village Tutoring Santa Barbara with two Westmont alumni. He later earned an MBA from Willamette University and spent a year at Intel Corp. as a VPG business operations graduate intern during this time. Since June 2012, he has worked for HOPE International in Rwanda, first as a microenterprise technical adviser and now as program manager. “I’m living out a dream to serve in a development role in Africa,” he says. “I’m committed to two years of first-hand experience to help those who are economically underserved or excluded.” The program he works with seeks to assist the poor spiritually and economically by encouraging savings and teaching financial literacy and wisdom. Garrett and his wife, Rachael, recently welcomed their first child, Beau, to the family.