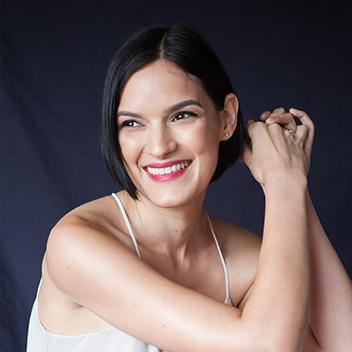 Gloria Armieda ’07 immersed herself in the journalism and design world while at Westmont. In a principles of design course, “I realized that art isn't just a hobby, but a creative tool that the world needs,” Gloria says. She found an avenue to utilize her artistic talent as editor for the Westmont Citadel staff and discovered an interest in page layout design. Following graduation, Gloria continued to pursue her passion, obtaining master of fine arts from Savannah College of Art and Design in Georgia. She served as San Diego Magazine’s associate art director before becoming senior designer at Reader’s Digest in New York City. “I design each story I work on with integrity and curiosity, always trying to communicate the content as best as I can for the readers,” she says. Gloria looks back on her years with Westmont’s Citadel as important preparation for her work with the magazine. “It was a real way to practice design, while learning about managing others, working in a team, writing and story-telling” Gloria says.