Last week, the CATLab had the privilege of hosting Westmont College’s first-ever Be A Multiplier coding day! The all-day event gave kids from junior high to high school the chance to learn the basics of programming in Salesforce. All the kids who came had a blast, and we certainly did, too!

The CATLab creative team plus Amber assembled at Kerrwood at a little before 9:00 am to start setting up the event. A few harrowing golf-cart rides later, we’d manged to get all our supplies and decorations shuttled over to Winter Hall, where kids started trickling in with their parents at around 10:00. Olivia worked at the welcome table, and the kids were free to hang out and eat donuts while they waited for the event to start. 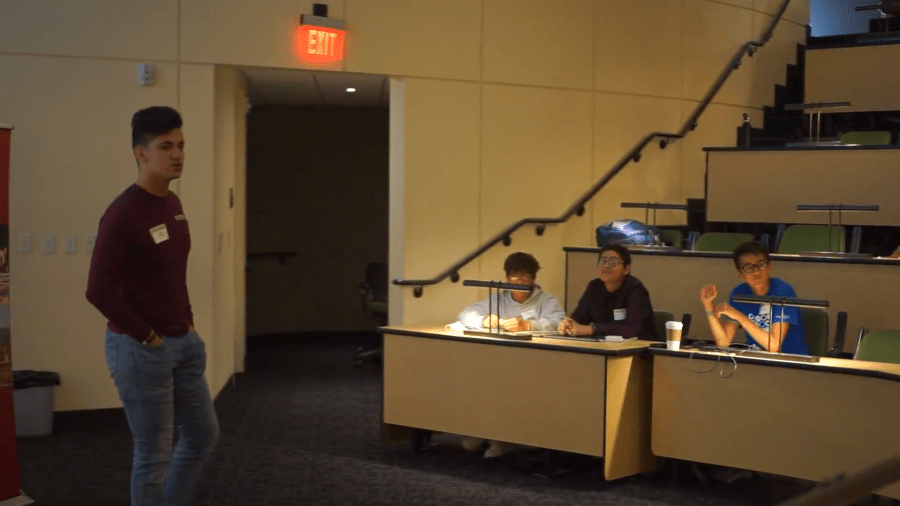 James kicked off the event by welcoming everyone, and then he shared the story of how he got into technology, which you can read in our previous blog post here. He also introduced the CATLab and talked about how we’ve been using Salesforce this summer—including our trip to San Francisco and the Salesforce Tower.

Introductions done, James announced that it was time for everyone to begin the first trail. The developers dispersed around the room to help kids create their Trailhead accounts and find the Lemonade Stand App. The developers wandered throughout the room, helping troubleshoot basic errors, getting to know the kids, and even debating the pros and cons of Linux with some of the more technically-minded attendees. Clayton went around filming, sometimes on foot, sometimes on a rolling office chair. Zak, grinning ear-to-ear, surveyed the room. 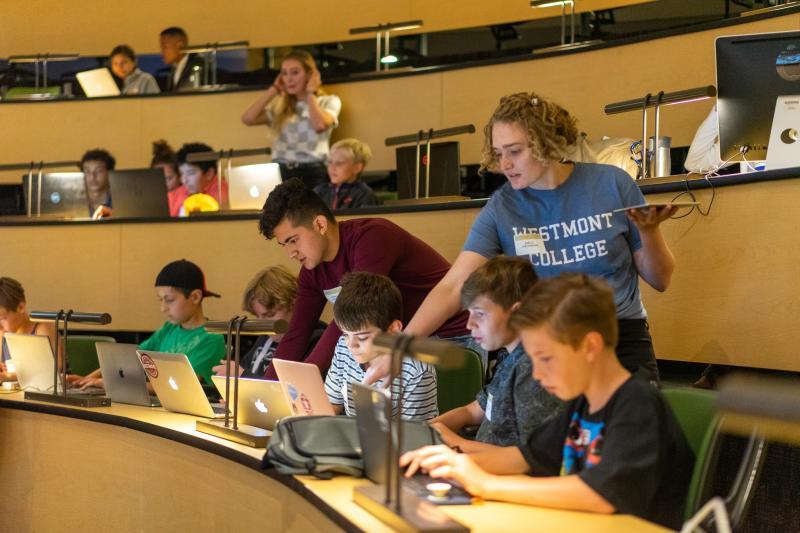 Once everyone was logged in and had started working on the app, the energy began to build. Kids were excited by the opportunity to implement whatever they wanted—their only limit was their imagination. One knot of friends had a particularly robust menu: “Blueberry lemonade, pineapple lemonade, guava lemonade… and every flavor I just mentioned, frozen!” There was also a recurrent argument about the validity of guacamole lemonade. The young coders’ enthusiasm was contagious. 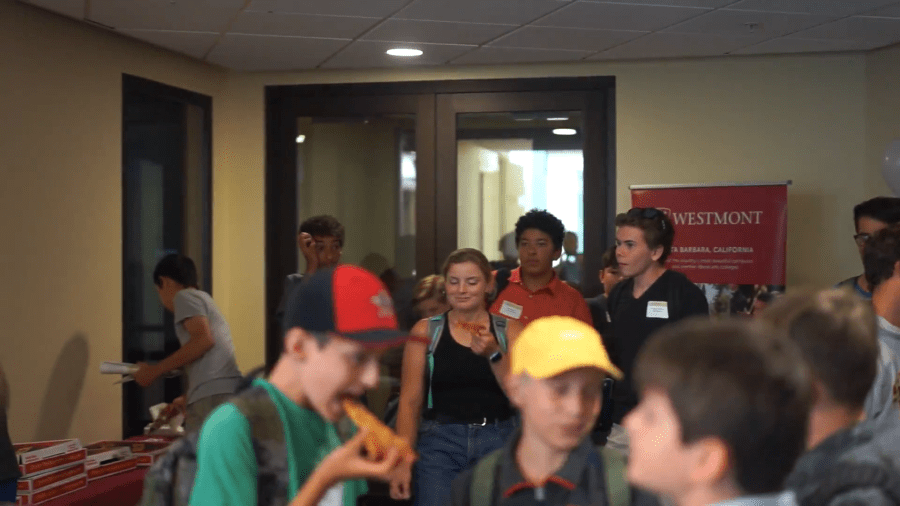 At 12:00, we took a break for lunch and a campus tour. Some highlights were the library and the art building. We reconvened at the GLC, where we had tables set up full of snacks and Westmont goodies. Once all the groups were back, Kristen began the next session. She shared her story of going from a pre-med major to double major in psychology and computer science. She talked about her experience with the CATLab and how important it is to have fun in your work. 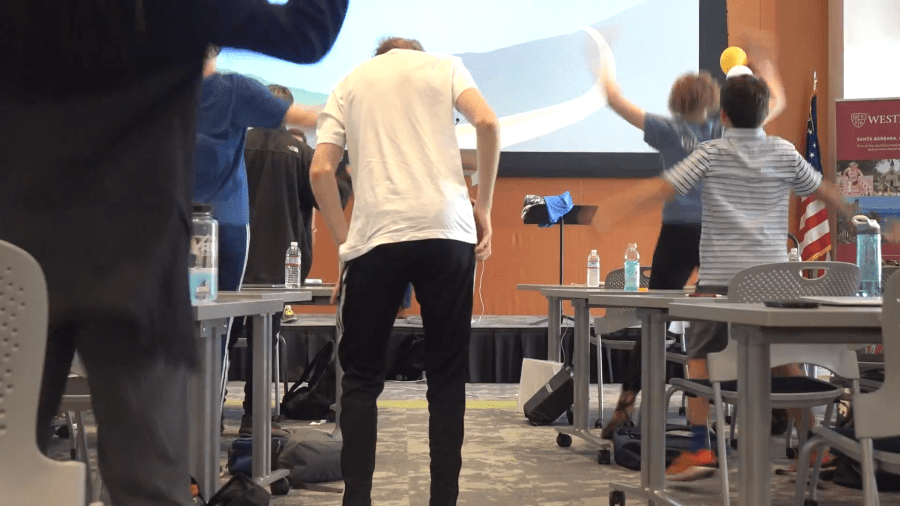 Then she introduced Clayton, who roused the postprandial crowd by making us all do jumping jacks. He talked a little about his role as videographer and shared how his experience at the CATLab this summer led him to make the decision to transfer to Westmont this fall. 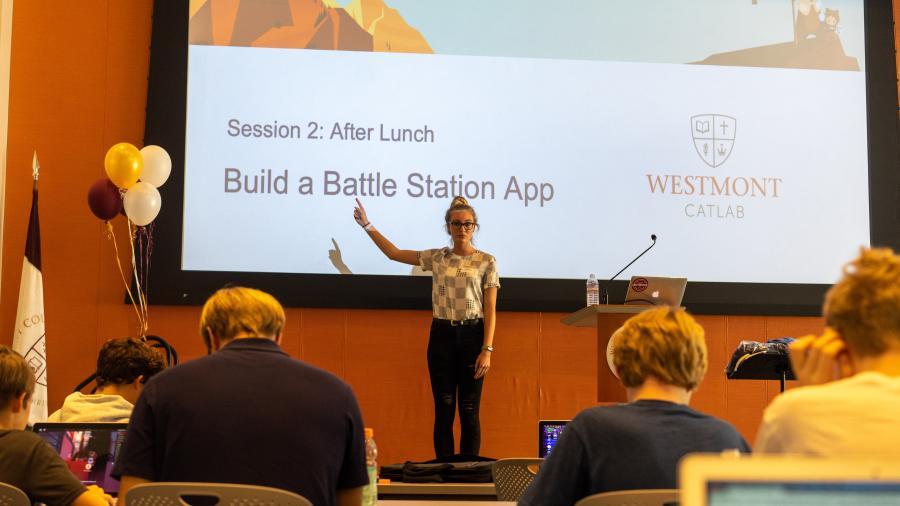 Kristen shared another set of fun stories before she introduced the next project: the Battle Station App. Just as the name implies, the app allowed kids to create and customize their very own battle stations. She also led a few Q&A sessions and gave away some Salesforce thermoses and shirts. One lucky kid won a Salesforce jacket for being the first to create a custom object.

When we asked the kids what they’d learned, a couple of kids mentioned coding specifics. One boy said, “I’ve learned that it’s so much easier than I expected.” And that’s exactly what BAM is all about—showing kids that they can start to code and have fun without a thorough technological background. We really had an amazing time getting to know every single kid who came. Hope to see you there next year! 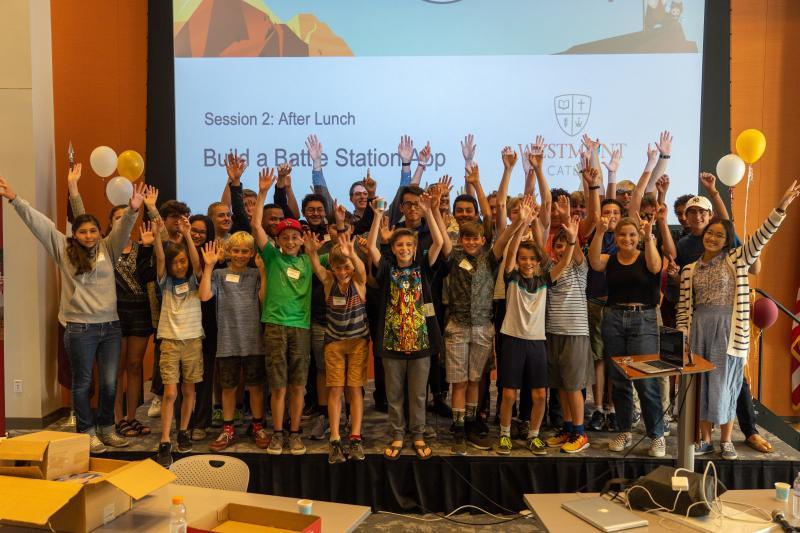